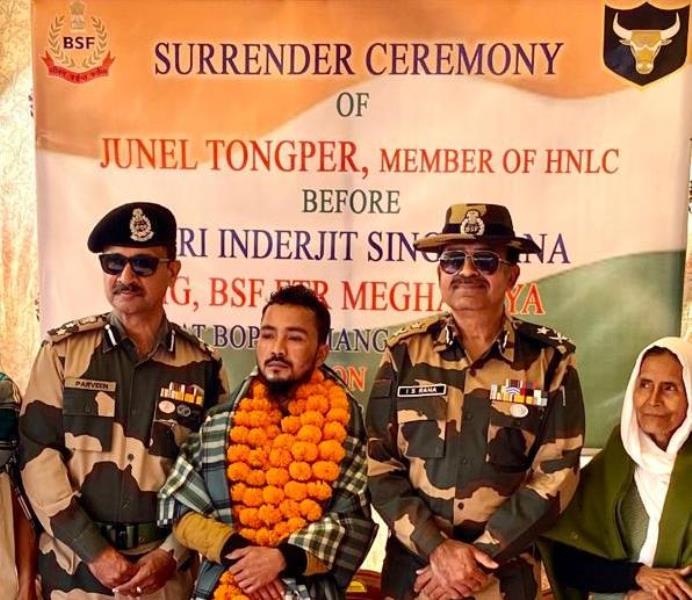 According to the BSF, he joined the outfit in 2010 and after training he was actively working for the outfit.

He was apprehended by Meghalaya police in 2015, but was later released on bail after which he absconded and re-joined the outfit in November 2020 and was based at Panaipunjee under Kulaura police station of Bangladesh’s Moulvibazar district.

The IG of BSF Meghalaya Frontier said that insurgency and militancy get opportunities to prevail due to illiteracy and unemployment.

He urged the local population, village heads to work hand in hand with the BSF to eradicate these evils.

“BSF is encouraging the youths of bordering areas to pursue their career in defence and CAPF services and lead a life of peace, tranquility and prosperity,” the IG said.