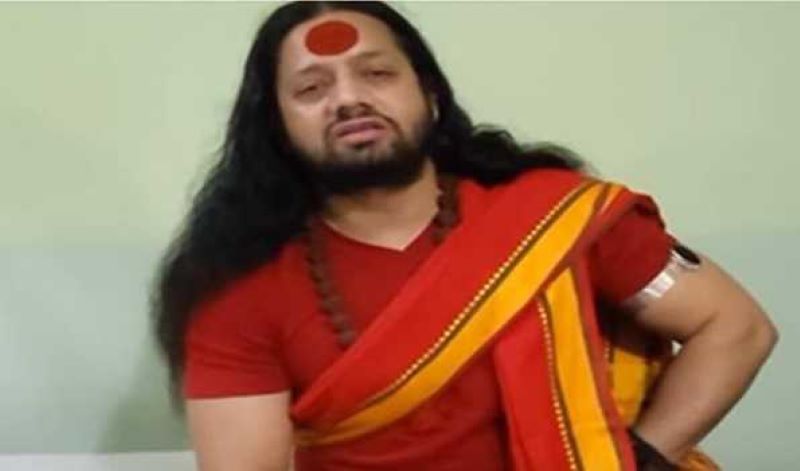 Khajuraho/Raipur/UNI/IBNS: Hindu leader Kalicharan Maharaj was arrested before dawn on Thursday in Khajuraho, triggering a war of words between Madhya Pradesh and Chhattisgarh, whose police swooped on the man who had abused Mahatma Gandhi.

"The Congress government in Chhattisgarh ought not to have violated inter-state protocol. I have directed the Madhya Pradesh Director General of Police to discuss the matter with his Chhattisgarh counterpart and register a protest.

"The arrest was executed without prior intimation. The Chhattisgarh dispensation could have summoned the accused by issuing a notice," he told the press in Bhopal.

"Our police followed rules and procedures and duly informed the police in Khajuraho. Is Mishra sad or happy that Kalicharan has been apprehended?”" Baghel asked.

The Chhattisgarh Police said in a statement that a case was registered under sections 294 and 505(2) of the Indian Penal Code against Kalicharan on the basis of his comments made at a "Dharam Sansad" in Raipur.

Kalicharan also now faces the charge of treason for saying he was proud of the man who shot dead Mahatma Gandhi in 1948.

The Chhattisgarh Police confirmed that the accused was staying at a hotel in Khajuraho, which was raided. He had reportedly reached the tourist hub from Raipur via Indore in Madhya Pradesh.

Three teams of Chhattisgarh Police had fanned out to Delhi, Maharashtra and Madhya Pradesh in search of the self-styled godman who was on the run. Seven personnel reached Madhya Pradesh on Wednesday.

The police team from Pune was to move a court in Madhya Pradesh to seek his custody.

Several FIRs have been lodged against Kalicharan in Maharashtra including in Pune, Akola and Thane.