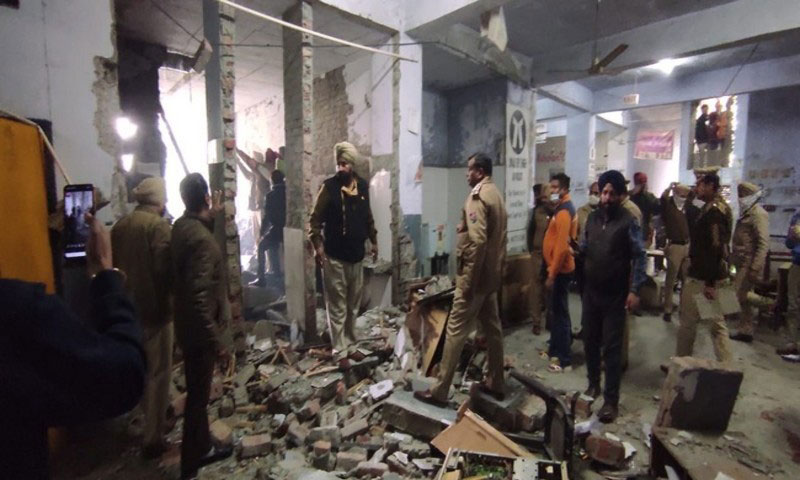 New Delhi/IBNS: A Sikh radical group had initiated a synchronized cyber campaign with the support of Pakistan's Inter-Services Intelligence (ISI) ahead of the blast at the Ludhiana court on Thursday.

According to latest intelligence reports, the ‘Twitter warfare’ began from Pakistan on December 16, which is celebrated as the ‘Victory Day’ in Bangladesh to commemorate the victory over Pakistan in the 1971 war, reports The Week.

The responsibility for the campaign was handed over to a group named Mohabbat Mafia, which became active on December 15, using an account named Shafqat Ch and tweeted the hashtag DhakatoKhalistan the magazine reported.

According to intelligence officials, it was a call to the Pakistani groups, Khalistan sympathisers and other inimical outfits keen to attack India, to work towards creating Khalistan, carved out of Indian Punjab.

Intelligence agencies are also citing a letter written by Gurpatwant Singh Pannun, the face of Sikhs For Justice (SFJ), to Pakistan Prime Minister Imran Khan on December 16 asking for support towards the cause of ‘fall of Delhi’, just like the ‘fall of Dhaka’ in 1971. In the letter, he mentioned the need to take action.

The official told The Week the idea was to avenge the drubbing received by then West Pakistan at the hands of India during the 1971 Bangladesh Liberation War using modern tools like cyber propaganda and misinformation campaigns.

“The idea was simple, use as many images to provoke Indians, put out maps of Khalistan, fake images to create a sense of support for the cause and use the opportunity to gain as many followers for the group involved in trending the hashtag,” he said.

The man,who was killed in a blast in Ludhiana court complex on Thursday, has been identified as a former Punjab Police Head Constable named Gagandeep Singh, who was involved in drug trafficking, police sources said.

Police also recovered a SIM and some other items from the spot.

The tattoos on the deceased's arm have helped in identification, the sources said.

According to them, Gagandeep Singh was posted as Munshi in Sadar police station Khanna.

The STF arrested him in August 2019 with 85 gm heroin. He was involved in drug trafficking with a woman.

He was released from jail in Sept 2021 after two years.

Police and central agencies are probing multiple angles of the attack, which took place barely a few weeks before the next assembly elections.

The blast reportedly occurred on the second floor of the building at around 12:22 pm.

The blast has damaged the bathroom walls and also shattered the glasses in nearby rooms.