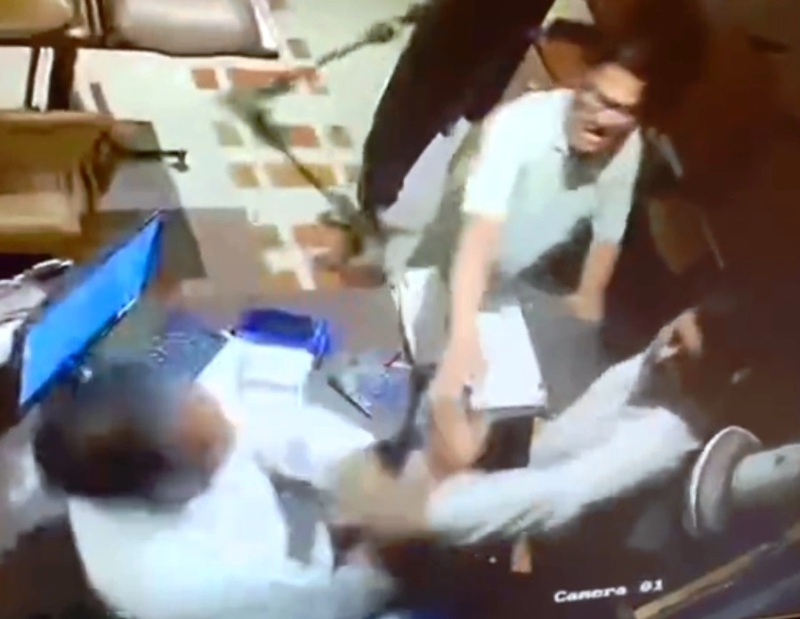 Mumbai/IBNS: A restaurant manager in Mumbai was assaulted and abused by a policeman for refusing him free food after closing hours. The incident has been captured in a video that has provoked anger and disgust on social media.

Assistant Police Inspector Vikram Patil, who walked into the restaurant after midnight, is seen punching the employee repeatedly in the security camera footage.

According to witnesses, Vikram Patil entered the restaurant from the kitchen and demanded food around 12:35 am.

He appeared to be drunk, the witnesses said.

The manager, Ganesh Patil, told the Inspector that the kitchen was closed but that did not stop the policeman, who flew into a rage and started using expletives.

Reaching across the counter, the policeman hit the manager repeatedly, refusing to listen to him.