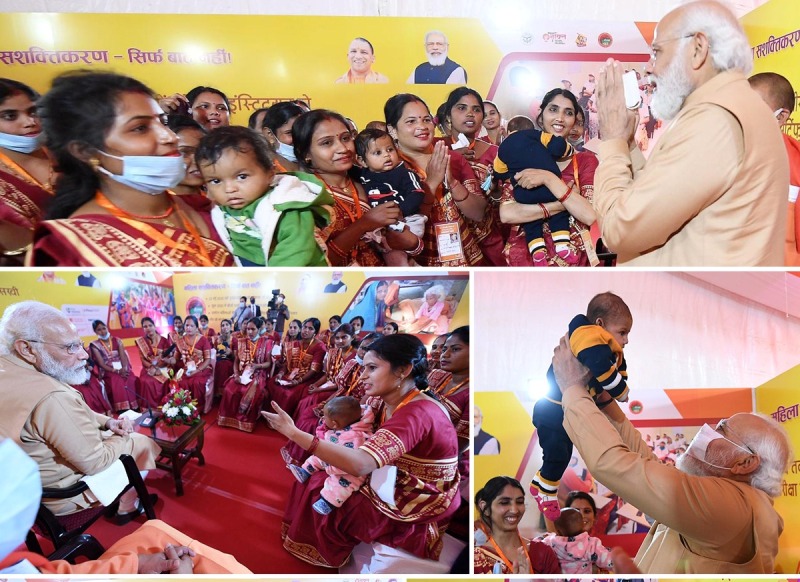 Prayagraj/UP/IBNS: Prime Minister Narendra Modi on Tuesday showcased his government's contributions towards women's welfare and defended Centre's big plan to raise the marriage age for women and put it on par with men.

PM Modi remarked that the security, dignity and respect ensured by the double-engine government for the women of UP is unprecedented.

The women of Uttar Pradesh, Modi said, have decided that they will not allow the return of earlier circumstances.

The Prime Minister mentioned that the government has tried to awaken the consciousness of society to prevent sex selective abortions by Beti Bachao Beti Padhao campaign.

"The daughters also wanted that they should get time to pursue their studies and to get equal opportunities. Therefore, efforts are being made to bring the legal age of marriage to 21 years for daughters. The country is taking this decision for the sake of daughters," he said.

The Prime Minister said the Government is focused on immunization of pregnant women, delivery in hospitals and nutrition during pregnancy.

"Under the Pradhan Mantri Matru Vandana Yojana, Rs 5000 is deposited in the bank account of women during pregnancy, so that they can take care of proper diet," said the PM.