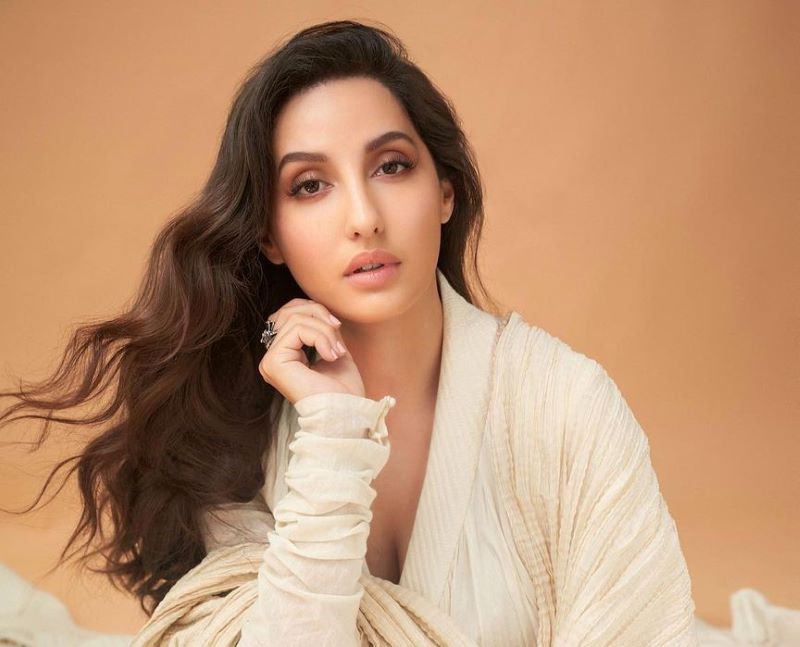 New Delhi/IBNS: Bollywood actress and dancer Nora Fatehi has refuted money laundering charges and claimed that she had never come in contact with conman Sukesh Chandrashekhar, who has been booked by the Enforcement Directorate and is currently lodged in Delhi's Tihar jail.

According to ED, Sukesh Chandrashekhar gifted Nora Fatehi a BMW car in December 2020.

However, the actress has maintained that the car was gifted to her by Chandrashekhar's wife Leena Maria for participating in an event in Chennai, according to an India Today report.

Sukesh Chandrashekhar is a millionaire conman and has at least 15 FIRs against him for extorting hundreds of crores of rupees from business people, politicians, and celebrities.

As for actress Jaqueline Fernandez, who claimed that she was victimized by Chandrashekhar, media reports said that she needed to only send a list of gifts -- from diamond earrings to a Tifanny & Co. bracelet -- to a "very important person," aka Sukesh Chandrashekhar, reported India Today.

He would then pay for the 'gifts' and have them delivered to her directly or through one of his aides, according to reports.

Fernandez had told the agency that Chandrashekhar introduced himself to her as one "Shekhaar Ratna Vela".

Jacqueline Fernandez is a Sri Lankan national who has acted in a number of Bollywood movies. She later contacted Chandrashekhar who told her that he was the owner of Sun TV along with his family.

Chandrashekhar said he was a big fan of Fernandez and she should act in Southern films and as Sun TV they have many projects lined up, the agency said.

The agency said her makeup artist "got a call from the office of Home Minister Amit Shah whereby he was asked to get in touch with Shekhaar alias Sukesh Chandrashekhar as he was a very important person in government".

"The said call was made from the office of Home Minister Amit Shah which was a spoofed call as per investigation and made by the accused Sukesh Chandrashekhar," the agency said.

The agency said her makeup artist shared Chandrashekhar's mobile number with Fernandez after which they got in touch.

However, ED found while investigating that Chandrashekhar was in "regular contact" with Fernandez since February till he got arrested on August 7 this year (by the Delhi Police).

Sukesh and his wife, Leena Maria Paul, and several other accused were earlier arrested by the Delhi Police.

The police have recently invoked the Maharashtra Control of Organised Crime Act (MCOCA) in the case.

The Delhi Police had alleged that Leena, Sukesh and others used hawala channels and created shell companies to park the illegal money.

The Delhi Police's Economic Offences Wing (EOW) had registered an FIR against Chandrashekhar for allegedly duping the spouses of former promoters of Ranbaxy - Shivinder Singh, and Malvinder Singh - of Rs 200 crore.