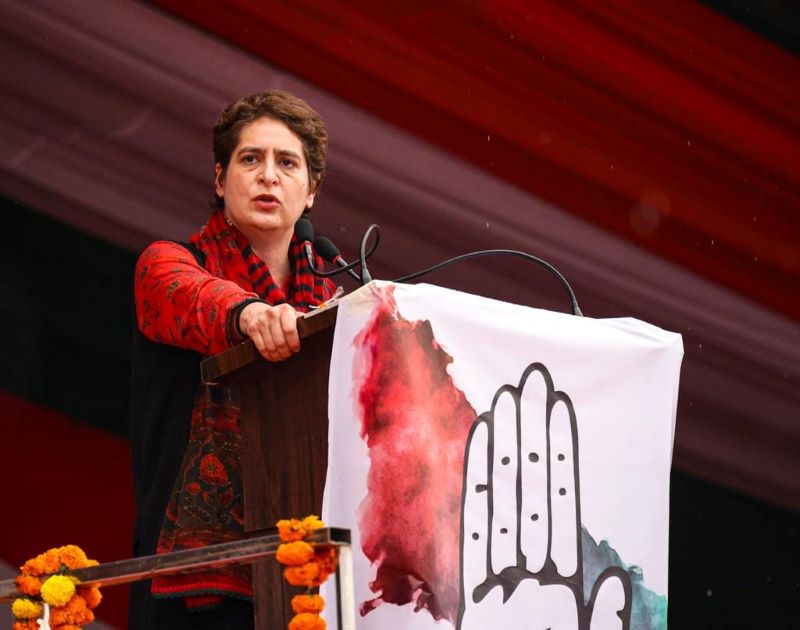 Lucknow/UNI: Congress general secretary Priyanka Gandhi Vadra is scheduled to address a 'Mahila Shakti Samvad' rally at Rae Bareli in Uttar Pradesh on Sunday during which she will interact with women.

As per the programme, Gandhi, who is also UP in-charge for the forthcoming UP assembly elections, will attend the event to be organised at the Reform Club.

It may be noted that Rae Bareli is the parliamentary constituency of Congress president Sonia Gandhi.

In the wake of party MLA from Rae Bareli seat Aditi Singh joined the Bharatiya Janata Party (BJP) recently, Gandhi's visit is being considered as an important one.

More so, after announcing to give 40 per cent tickets to female candidates in the forthcoming UP assembly polls, Mahila Samvad rallies are being considered as Priyanka's effort to identify suitable women candidates in different parts of the state.