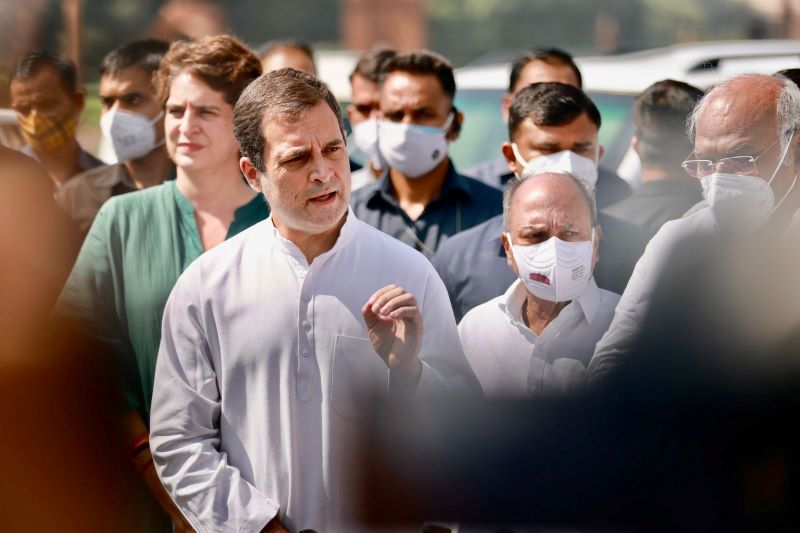 New Delhi/IBNS: Congress MP Rahul Gandhi will be back in his former Lok Sabha constituency, Amethi in Uttar Pradesh, to hold a footmarch along with his party's state in-charge Priyanka Gandhi Vadra to corner the government on rising inflation, media reports said.

This is the second time Rahul is visiting Amethi, which was traditionally a Congress stronghold, after he lost the seat to Bharatiya Janata Party (BJP)'s Smriti Irani by over 50,000 votes in the 2019 General Elections.

Days ago, Rahul along with Priyanka and Congress chief Sonia Gandhi held a huge rally in Rajasthan against the Modi government.

The footmarch in Amethi is significant as Uttar Pradesh is just weeks away from its next state polls, which are considered to be highly important in the road to the 2024 General Elections.

The Congress, under the leadership of Priyanka, is eyeing to win back lost ground in the state, which voted the BJP to power in 2017.

Priyanka is aiming for women empowerment in the elections as the party has decided to give 40 percent tickets to women in the polls due to be held early 2022.