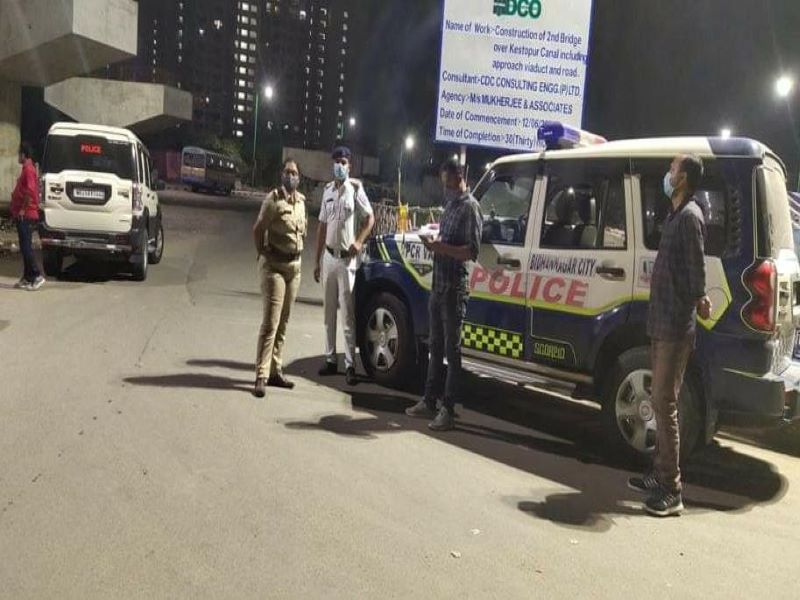 Kolkata/IBNS: The Bidhannagar City Police have arrested one policeman and a civic volunteer posted in its traffic department for allegedly molesting a woman in Kolkata, officials said on Sunday.

According to reports, the 25-year-old woman was waiting near Korunamoyee bus stand for a vehicle to Ultadanga at around 1 am on Saturday when she spotted two bike-borne traffic police personnel in uniform and since it was getting she asked them for lift.

Bidhannagar City Police's traffic department's Assistant Sub Inspector (ASI) Sandip Kumar Pal and civic volunteer Abhishek Malakar allegedly took the woman in their motorcycle and instead of dropping her at Ultadanga, they rode around Salt Lake.

The duo allegedly molested the woman en route and dropped her near Ruby hospital on EM Bypass, which is located in a completely opposite direction to Ultadanga.

The woman registered a complaint against the cops with Kasba Police Station in the wee hours of Saturday and later the complaint was transferred to Bidhannagar North Police Station.

Senior officials of Bidhannagar Police Commissionerate said the accused ASI and civic volunteer were arrested on Sunday and they will be produced before a local court on Monday.

"We have suspended the ASI pending investigation while the civic volunteer has been demobilised," an official said.