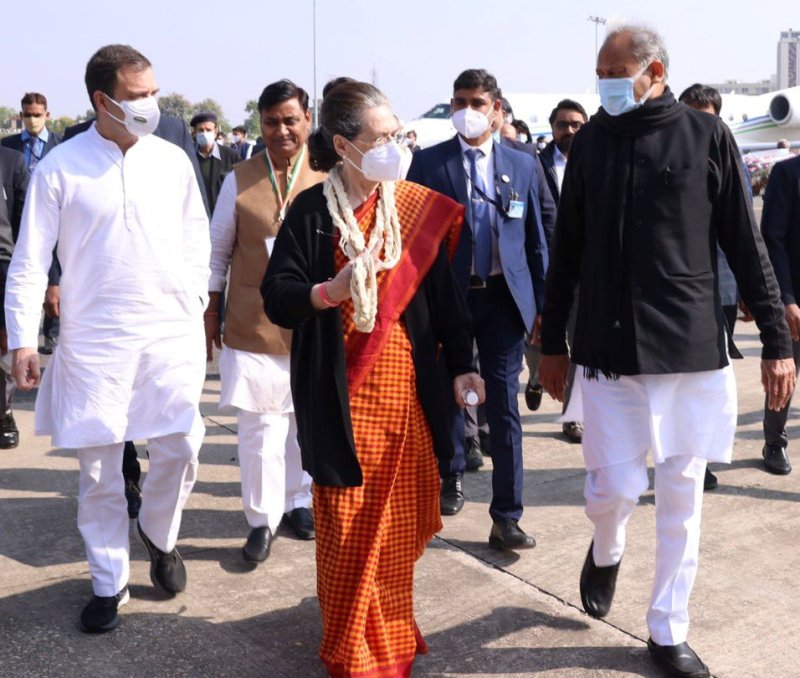 Jaipur/IBNS: The Congress is all set to hold a massive rally in Rajasthan which will have senior leaders Sonia Gandhi, Rahul Gandhi and Priyanka Gandhi Vadra present.

The Chief Ministers from all party-ruled states will also be present at the rally called 'mehangai hatao'.

The rally, which is to be held in Jaipur, will target the Centre over inflation and high prices of essential commodities, including vegetables and fuel.

It is significant as the rally is expected to set the tone of the party's campaign for seven Assembly elections next year, including in the politically key states of Uttar Pradesh, Gujarat, and Punjab, where the party is battling to retain power.

On Sunday morning, Rajasthan Chief Minister Ashok Gehlot tweeted, "Today is a historic day for Rajasthan when a national rally is being organized in Jaipur to protest against the rising inflation due to wrong policies of the central government, in which all the senior leaders of the party including the top Congress leadership are participating."

"I welcome Congress President Sonia Gandhi, Rahul Gandhi and Priyanka Gandhi to the land of Rajasthan," he said.

The mega rally is also being seen as a 're-branding' of the Congress with the younger Gandhi siblings at the helm.