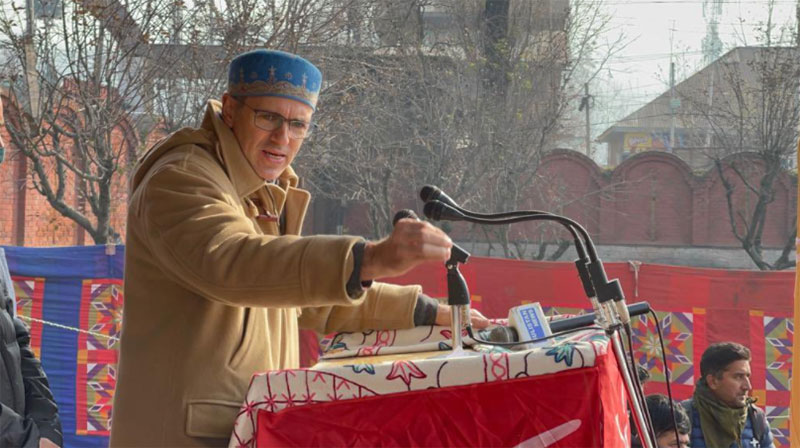 Gupkar group is 'still there, doing its job': Omar

Srinagar/UNI: Former Jammu and Kashmir Chief Minister and National Conference vice president Omar Abdullah on Saturday said the Peoples Alliance for Gupkar Declaration (PAGD) is "still there and is doing its job."

The PAGD is an alliance of several mainstream political parties which has been seeking the reversal of the abrogation of J&K’s special status.

The PAGD is headed by Omar Abdullah's father and NC president Farooq Abdullah.

“The PAGD is still there. They met 10 days back,” Omar Abdullah told reporters after addressing a party meeting in north Kashmir’s Baramulla town.

“They (PAGD) are doing their job, but it is not like they will meet every day just to keep you (media) happy. They are working at their own level,” Omar said.

The NC has openly targeted the Peoples Democratic Party headed by Mehbooba Mufti hinting at a rift between the two important constituents of the PAGD.

While speaking at the party convention in Baramulla, Omar claimed that no one across J&K was happy with the decision of August 5, 2019.

“ ...We hear speeches of top leaders in Delhi who say no one is annoyed in Kashmir and that everyone is happy. But, when we ask people on the ground if they are happy please tell us and we will not be a hurdle in their happiness. I never get a yes for an answer to such questions,” the former CM said.

“...It has been two years, four months and six days since it was revoked, but only yesterday two brave policemen lost their lives in Bandipora.

"If Article 370 was the basic reason for the gun, then why is there mourning in the homes of the two policemen? We have encounters every day and even in those places where we had got rid of the gun,” he said.

He said he cannot see that separatist ideology ended.

“Were we not told that the separatist ideology is also because of Article 370 and that this ideology will go away when Article 370 is revoked. I do not see it has ended,” he said.

He said after the abrogation J&K's special status neither the jobs have come, nor have developmental activities taken place.

“Neither has the gun gone away or the separatist ideology ended. For the sake of God, tell me what was the aim of revoking Article 370,” he questioned

Omar said people are getting more and more distraught every day.