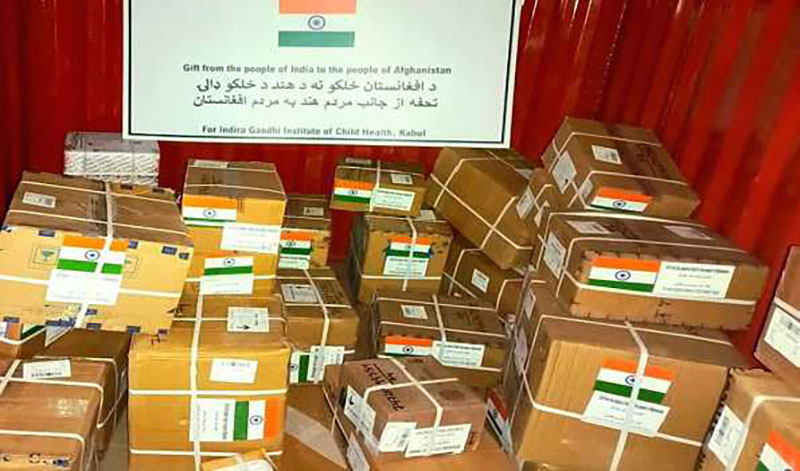 India despatches consignment of medical supplies to Afghanistan by plane

New Delhi/UNI: In view of the challenging humanitarian situation in Afghanistan, India on Saturday sent a consignment of medical supplies to Kabul by a Kam Air flight.

The consignment was sent by the return flight of the Kam Air which on Friday brought 10 Indians and 94 Afghans to New Delhi from Kabul.

These medicines will be handed over to the representatives of the World Health Organization (WHO) in Kabul and will be administered at the Indira Gandhi Children Hospital, Kabul, an official statement said.

On Friday, a special Kam Air flight from Kabul to New Delhi, chartered by the Government of India, arrived at the IGI airport at New Delhi, bringing 10 Indians and 94 Afghans, including members of the Afghan minority community.

The minority community members carried with them two Swaroops of Guru Granth Sahib and some ancient Hindu manuscripts.

India is also sending 50,000 MT of wheat to Afghanistan via the Wagah border.