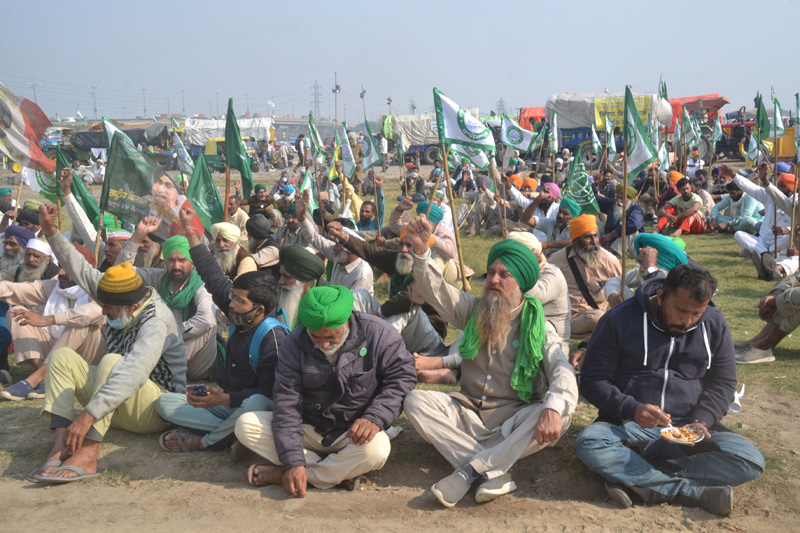 New Delhi: The farmers, who were protesting at the borders near national capital Delhi against the farm laws for the past several months, will  return to their homes on Saturday after celebrating the day as ‘Vijay Diwas’.

The Samyukt Kisan Morcha (SKM), the umbrella body of farmers' unions spearheading the protests so far, said farmers would take out victory marches on Saturday at all border points, toll plazas, and protest sites across the country, following which they will finally head home marking the conclusion of their year-long protests, reports Hindustan Times.

Punjab Chief Minister Charanjit Singh Channi on Friday said that the state government will welcome the farmers after their victorious return from Delhi borders.

While congratulating the farmers, khetmazdoors and SKM leaders as well, the Chief Minister said that the victory of the people and unmatched unity of the various sections of the society have forced the Modi government to roll back the 'draconian black bills'.

Channi said that despite not paying heed to the demands of the farmers for almost an year, the BJP leaders now wanted to en-cash the victory of the farmers and are trying to use it as electoral card in Punjab.

Reminding the BJP leaders to stay cautious while politicizing this pious issue, Channi said that the farmers and people of the nation as well will never forgive the Modi government and its leaders for testing their patience for the period of more than an year.

He said that it was not an easy victory for farmers as they had to pay heavy price of the Modi government's arrogance as more than 700 farmers had sacrificed their lives during the agitation.

He said that the Congress government has always stood by the farmers and laborers and extended every possible help to the farmers who were fighting for the historic and noble cause to save the agriculture community in the country.

He said that their government has also given jobs and financial assistance to the family members of around 350 farmers who lost their lives during the agitation and the remaining families of Shaheed farmers from Punjab would also be facilitated soon.

The three farm laws were repealed by Parliament on Nov 29, the first day of Winter Session.