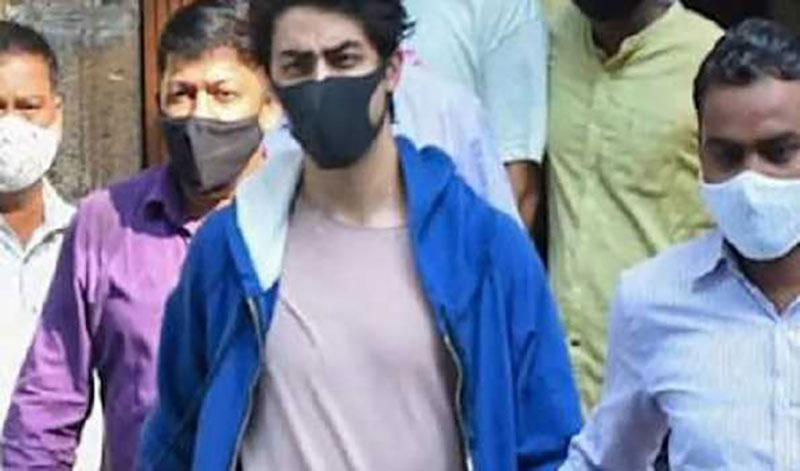 Mumbai/IBNS: Bollywood actor Shah Rukh Khan's son Aryan Khan has appealed to the Bombay High Court to change the condition of a weekly visit to the Narcotics Control Bureau (NCB) office as part of a bail condition in the drugs-on-cruise case.

Aryan Khan's application sought waiver of the condition that he shall appear before the anti-drug agency's south Mumbai office every Friday.

As the investigation in the case has been now transferred to a Special Investigation Team of Delhi NCB, the condition that he appear at the Mumbai office could be relaxed, the plea stated.

The application also said that he has to be accompanied by police personnel every time he visits the NCB office due to the  presence of a large number of media outlets waiting outside.

The application is likely to be heard by the High Court next week, said reports.

Aryan Khan walked out of Arthur Road jail on Oct 30, 28 days after he was detained by the NCB in the drug-on-cruise case.

The Bombay High Court had then listed 14 conditions for his bail stating that Aryan cannot leave Mumbai without informing the police and has to appear before the NCB every Friday.

Aryan was arrested following a NCB raid on a cruise ship party on Oct 2. He was "Accused Number 1" in the drugs-on-cruise case in which a total of 20 were arrested.