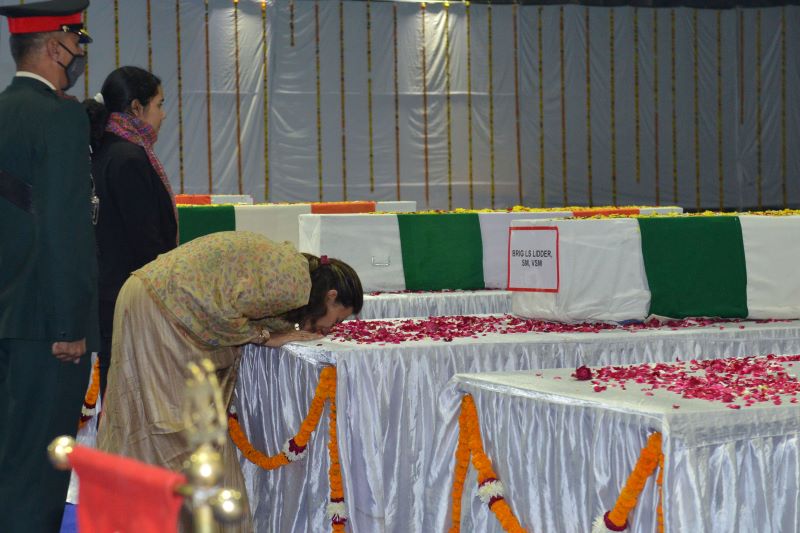 Funeral of CDS General Bipin Rawat, 12 others killed in chopper crash to be held today

New Delhi/IBNS: The funeral of India's first Chief of Defence Staff (CDS) General Bipin Rawat, his wife and 11 others, who were killed in the helicopter crash in Tamil Nadu, will be held on Friday.

The funeral will take place at Brar Square crematorium in Delhi cantonment at 4 pm.

Gen Rawat was the epitome of bravery and courage. It was very unfortunate to lose him so early. His commitment towards the motherland will forever remain in our memories. pic.twitter.com/RvlXP8L1tg

The 13 bodies were flown back on a C130-J Super Hercules aircraft that landed at Delhi's Palam airport.

A tri service enquiry regarding the crash has been ordered by the Indian Air Force (IAF), Defence Minister Rajnath Singh said on Thursday.