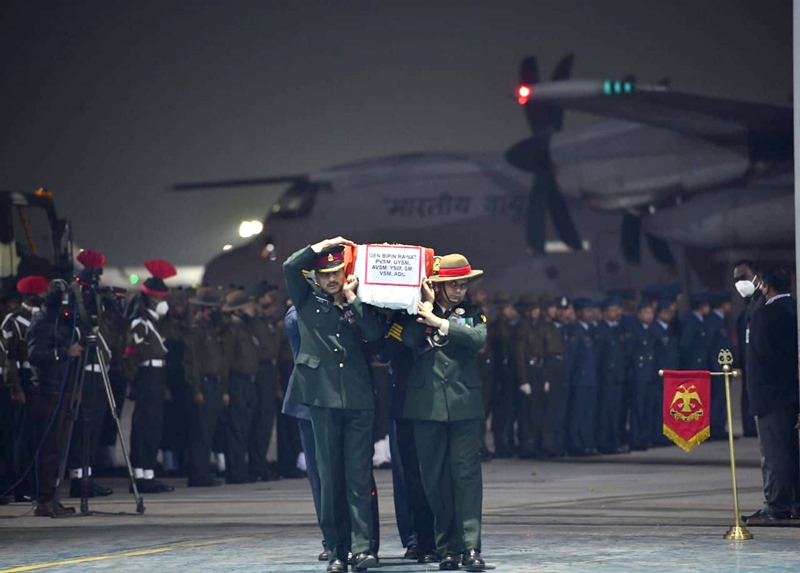 New Delhi/IBNS: Bodies of General Bipin Rawat, his wife, and the 11 personnel, who lost their lives in the fatal chopper crash in Tamil Nadu's Nilgiri Hills on Wednesday, have reached Delhi's Palam Air Force base.

President Ram Nath Kovind and Prime Minister Narendra Modi will lead tributes in the presence of the family members.

The Defence Secretary will lay a wreath at 8.30 pm, followed by the Chiefs of Staff of the Air Force, Navy and Army, the junior Defence Minister.

Ajit Doval, Rajnath Singh and the PM will follow, before the President pays his respects.

Their bodies will be released to the families for last rites.

Until the other 10 are identified, they will be kept at the mortuary at the Army Base Hospital.

General Bipin Rawat, India's first Chief of Defence Staff, will be cremated with full military honours Friday, as will all those who died. 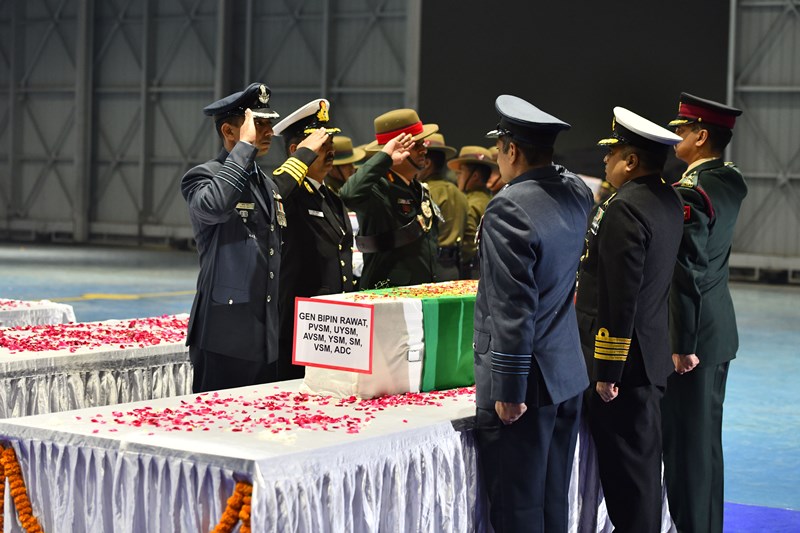 From 11 am Friday the bodies of Gen Rawat and his wife will be kept at their Delhi home for family, friends, and the public to pay their final respects.

The funeral procession will begin at 2 pm, which has been scheduled for 4 pm at the Brar Square Crematorium, where Brigadier Lidder's funeral would have been held at 9 am.

Meanwhile, the 'black box', or flight data recorder, of the crashed chopper, was recovered. The data will be examined as part of the high-level, tri-services inquiry ordered by the Air Force.