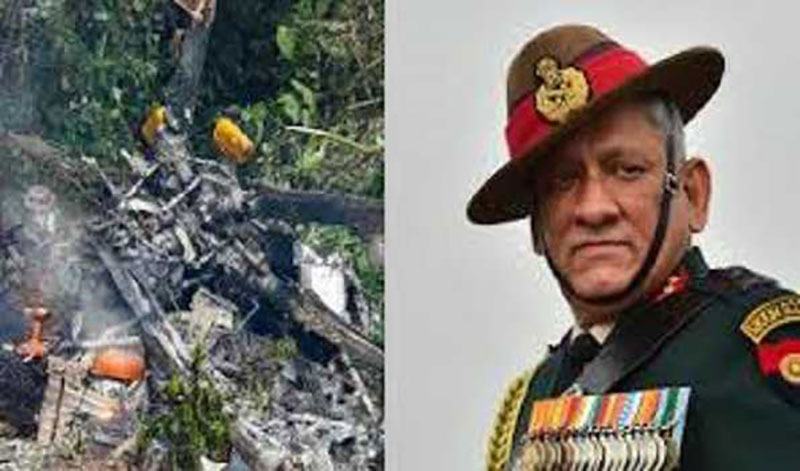 Tirupati/UNI: Lance Naik B Sai Teja hailing from Andhra Pradesh and the Personal Security Officer (PSO) of Chief of Defence Staff (CDS), General Bipin Rawat, was among the 13 killed in an IAF helicopter crash near Coonoor in Tamil Nadu on Wednesday.

He is survived by his wife, a son and daughter.

A pall of gloom has descended on Eguva Regada village of Kurabalakota Mandal of AP, the native of Sai Teja (29).

General Rawat, his wife Madhulika Rawat and 11 other Military personnel were killed after IAF Mi-17V5 helicopter carrying them crashed into a heavily wooded area of the Coonoor ghat in the Nilgiris in western Tamil Nadu.