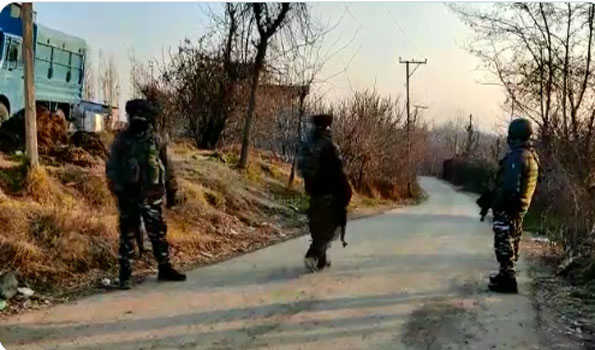 Srinagar/UNI: Three local militants of “The Resistance Front” were killed in an encounter in south Kashmir’s Shopian district on Wednesday, police said.

They said the gunfight erupted at the Check Cholan village of the district when joint teams of Police, Army and CRPF cordoned the area following an input about militants' presence.

“During the search operation, as the presence of terrorists got ascertained, they were given repeated opportunities to surrender; however they fired indiscriminately upon the joint search party which was retaliated leading to an encounter. In the encounter, three terrorists of proscribed terror outfit LeT (Lashkar-e-Toiba)/TRF were killed,” a police spokesman said.

“Incriminating materials, arms & ammunition including an AK 74 rifle and two pistols were also recovered from their possession,” he added.

“As per police records, all the three killed terrorists were categorized terrorists and were part of groups involved in several terror crime cases including attacks on security forces and civilian atrocities,” the spokesman said.

“He was involved in several terror crime cases including an attack on Police/SF (security forces) at Village Rakhma on October 1, 2021. He was also involved in luring gullible youth to join terror folds,” he said.

J&K police requested people to cooperate with Police till the area at the encounter site is completely sanitized and cleared of all the explosive materials, if any.

This month five militants have been killed in two separate gunfights in Kashmir. On December 1, Jaish-e-Mohammed local commander Yasir Parray, who was an improvised explosives device (IED) expert of the outfit, and a foreign militant Furqan alias Ali Bahi, were killed in an encounter at Qasbayar village in Rajpur in south Kashmir’s Pulwama district.

Over 140 militants have been killed this year in Kashmir.