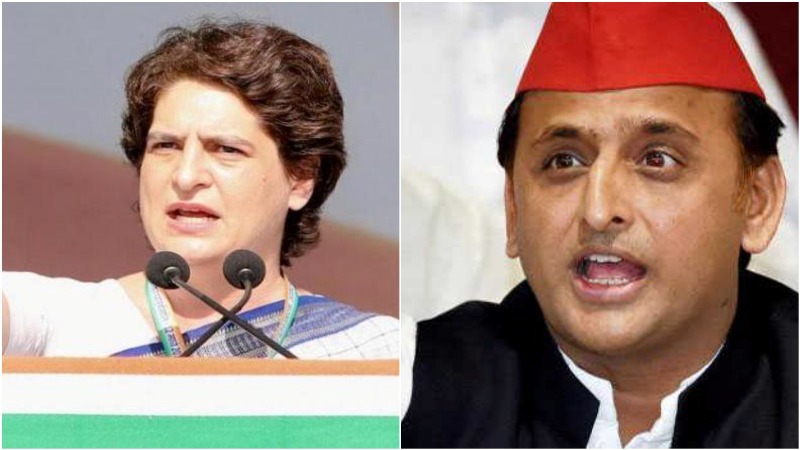 'Akhilesh Yadav might be an astrologer': Priyanka Gandhi Vadra

"Akhilesh Yadav might be an astrologer that he feels Congress will get 0 seats, we'll see what happens," responded Priyanka Gandhi, who was given the charge of reforming the party in the state by Rahul Gandhi three years ago.

"The Congress is not in competition this time. They are here only for advertisement. It is possible that they may get zero seats," Yadav had told reporters last week.

The jibe came a day after Priyanka had accused him of running a "casteist" and "criminal" government.

She had also accused the Samajwadi Party chief, as well as Mayawati of taking forward the "politics of caste and religion".