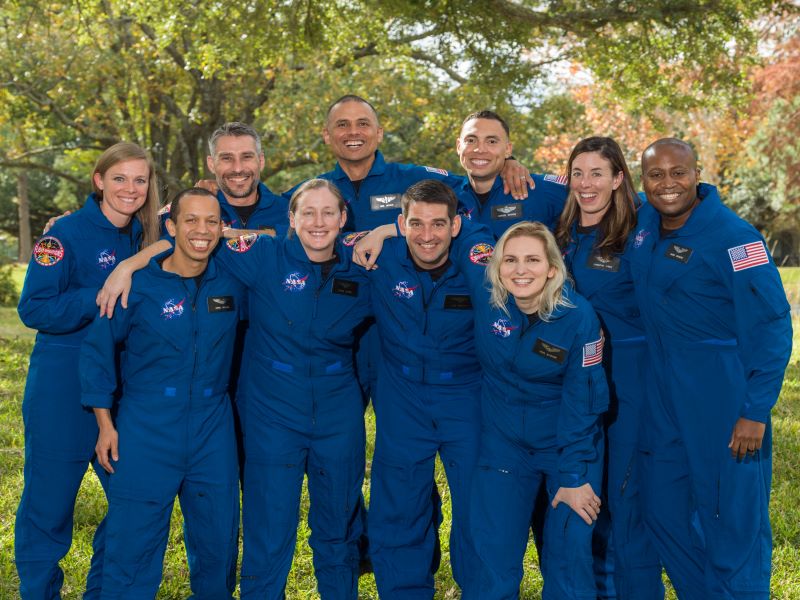 An Indian American is among the 10 new astronaut candidates NASA chose from over 12,000 applicants to represent the US and work for the space agency's future missions.

We're honored to announce the 2021 class of NASA Astronaut Candidates! Get to know them: https://t.co/NbU6BlaTQK.

All 10 of these individuals are taking YOUR #askNASA questions, right here on this thread. What do you want to ask them about becoming a NASA Astronaut? pic.twitter.com/byeGl8yphh

Anil Menon was born to Ukranian mother and Indian father. He will report for duty in January 2022 with other new recruits to complete two years of initial astronaut training.

He started his career as a NASA flight surgeon in 2014. He has worked at the International Space Station as the deputy crew surgeon, where he supported four long-duration crew members.

In 2018, Menon joined Elon Musk's Space X and helped prepare for the company’s first human flights and was the lead flight surgeon for five launches.

He has published several scientific papers on emergency medicine and space medicine.

The new class was introduced at a special event at Ellington Field near NASA’s Johnson Space Center in Houston.

According to the release, the astronaut candidate training will fall into five major categories:

“Each of you has amazing backgrounds,” Pam Melroy, former NASA astronaut, and NASA’s deputy administrator told the candidates. “You bring diversity in so many forms to our astronaut corps and you stepped up to one of the highest and most exciting forms of public service.”

“Today we welcome 10 new explorers, 10 members of the Artemis generation, NASA’s 2021 astronaut candidate class,” Nelson said. “Alone, each candidate has ‘the right stuff,’ but together they represent the creed of our country: E pluribus unum – out of many, one.”

The other nine astronaut candidates are