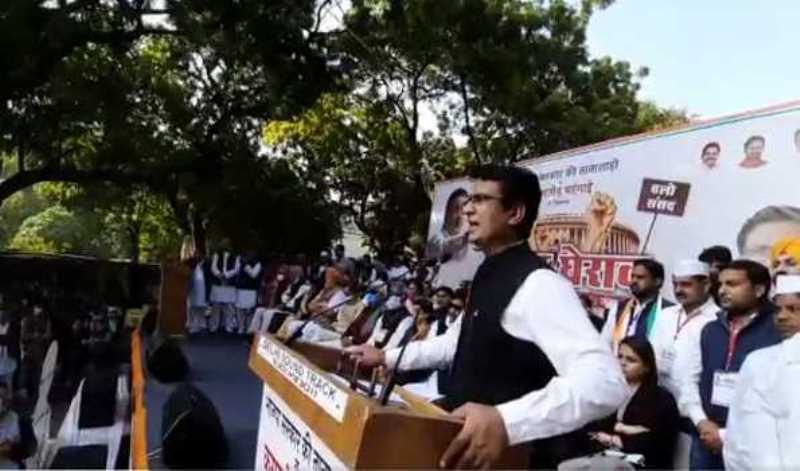 New Delhi/UNI: The Delhi Congress on Tuesday staged a protest against the Centre and Arvind Kejriwal-led AAP government in the national capital on various issues.

"The Modi government at the Centre and the Kejriwal government in Delhi are cashing in on the misery of people. Delhiites are struggling to make their daily existence, as prices of all the essential goods, including vegetables, edible oil and other essential items have sky-rocketed, and have become beyond their purchasing reach," said Delhi Congress chief Anil Kumar, while addressing party workers at Jantar Mantar here.

Attacking AAP national convenor, Kumar said, "When people are struggling to cope with price rise, the CM is busy liberalising the Excise Policy, which will not only ruin the unemployed youth of the city, but also many families, as the drinking age has been lowered from 25 to 21 years, and liquor shops have been opened everywhere.

"AAP government has utterly failed to control air pollution for the past seven years. Dengue cases and deaths have scaled a new high, which has left the destiny of people of Delhi to God, as he is enjoying power recklessly without any responsibility," he added.