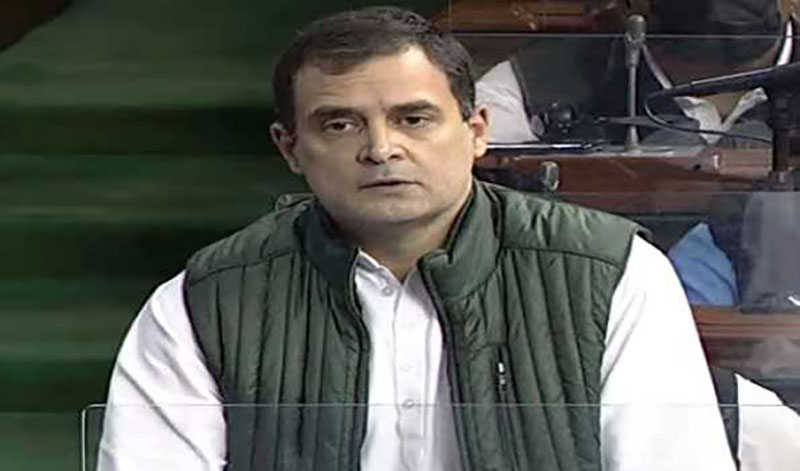 Centre should compensate farmers who died in agitation: Rahul Gandhi in Parliament

New Delhi/UNI: Congress MP Rahul Gandhi on Tuesday reiterated his demand to compensate the farmers, who had lost their lives during the farm agitation.

"I want the families of farmers, who died during the farmers agitation, to get their due. The government should compensate and give jobs to them," the former Congress president said, while raising the farmers issue during Zero Hour in the Lok Sabha.

Taking a dig at the Centre on Union Agriculture Minister Narendra Singh Tomar's statement in the House over farmers death, Gandhi said, "On November 30, the Minister said there was no data on farmers who died in the farmers' agitation.

"However, our Punjab government gave an ex-gratia of Rs five lakh each to the family members of 400 ryots who died in the agitation, and jobs to 152. We have another list of 70 farmers from Haryana."

"Government said it doesn't have any names. This is the list," he added.

Last week, the Congress MP accused the Centre of being 'insensitive' to the families, who have lost their loved ones.

"The Prime Minister made a mistake and due to his mistake, the farmers lost their lives. So, the Centre should compensate them," he had said.