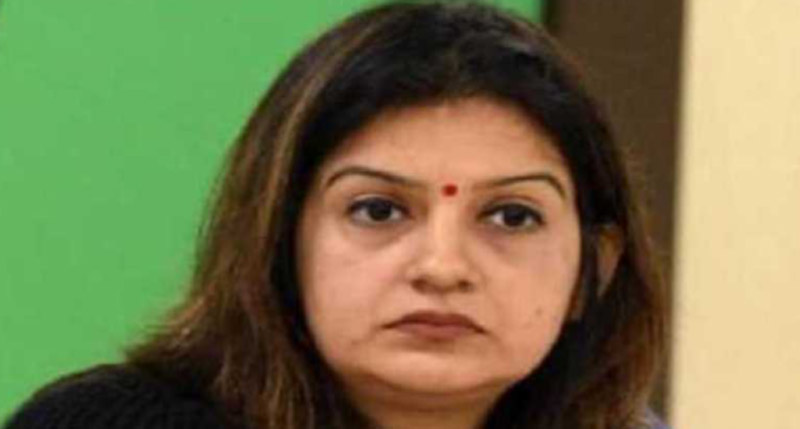 New Delhi: In a move to protest her "arbitrary" suspension from Rajya Sabha, Shiv Sena MP Priyanka Chaturvedi on Sunday decided to step down from the role of an anchor at the central government-run Sansad TV.

Chaturvedi intimated about her decision today through a letter written to Vice President Venkaiah Naidu.

“It is with great anguish but with a sense of responsibility and through-through this, I wish to inform you that I would like to step down as an anchor for Sansad TV’s show ‘Meri kahani’” she wrote in the letter.

“After my arbitrary suspension that has totally disregarded established parliamentary norms and rules to stifle my voice, my party’s voice inside the chamber, I’m unwilling to continue taking space on Sansad TV when my primary oath to the constitution is being denied to me,” Chaturvedi added.

Last week, Chaturvedi and 11 other MPs from opposition parties were suspended for the entire winter session of the parliament for their alleged misbehaviour during the monsoon session in August this year.

The opposition has termed the suspension of the MPs as "undemocratic" and in violation of all the rules and procedures of the Rajya Sabha.

Expressing her discontentment on the suspension of 12 MPs, including herself from the Upper House, Chaturvedi said that it is something which "has never happened in parliament’s history."

“I believe it is my duty that today the highest number of women MPs have been suspended in the recorded history of Rajya Sabha for an entire session for speaking up for the people of this country then I need to speak up for them and stand in solidarity for them. Also not to forget 12 MPs being suspended for an entire session for their conduct in the previous session has never happened in parliament’s history,” she said in the letter.