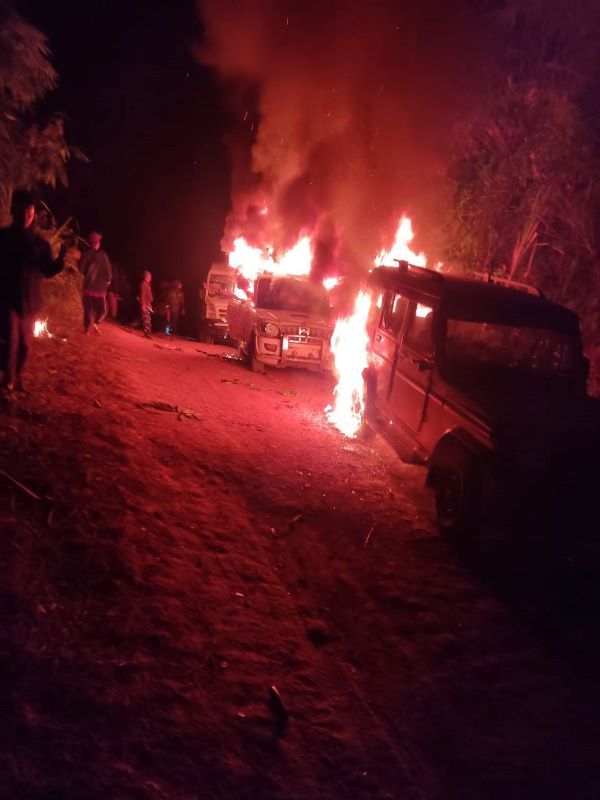 Kohima/UNI: Internet service in Nagaland's Mon district has been restricted amid tensions in the region a day after the killing of at least 10 civilians, suspected of being underground cadres, were reportedly killed by security forces in Oting village. During the ambush, 20 jawans were also injured.

According to official sources, the district authority of Mon has restricted the internet service throughout the district as a precautionary measure.

Confirming the incident, the Army said: "Based on credible intelligence of likely movement of insurgents, a specific operation was planned to be conducted in the area of Tiru, Mon District, Nagaland.

"The incident and its aftermath is deeply regretted. The cause of the unfortunate loss of lives is being investigated at the highest level and appropriate action will be taken as per the course of law."

"The security forces have suffered severe injuries in the incident including death of one soldier," they added.

The incident happened in Longkhao area of Tizit sub-division, Mon district, at around 4 pm on Saturday.

According to local organisations in the area, several people are missing since the "operation".

They said, a group of daily-wage labourers were returning home from coal mine in a pick-up truck from Tiru area, when the security forces attacked their vehicle.

The workers were allegedly fired upon by the army personnel, who were reportedly in a mission to search NSCN (K) cadres, led by Yung Aung -- a Myanmar based outfit cadres in the area.

In the incident, at least 10 civilians were reportedly killed. However, the local organisations said 14 civilians are missing and the army personnel were seen carrying the dead bodies till late night.

Meanwhile, the Army sources said they are still collecting the information of the operation that was going on against some underground armed cadres present in the area. The injured jawans have been admitted in Dinjan Army Hospital in Dibrugarh district of Assam.

Tension prevailed in the area and various organisations protested the killing of civilians and also attacked some of the security forces and put ablaze the security vehicles.

High police officials rushed to the area and investigation over the killing of civilians is ongoing, civil sources said.

Expressing regret over the incident, Nagaland Chief Minister Neiphiu Rio in a tweet said, "The unfortunate incident leading to killing of civilians at Oting, Mon is highly condemnable.

"Condolences to the bereaved families & speedy recovery of those injured. High level SIT will investigate & justice delivered as per the law of the land. Appeal for peace from all sections."

As tension prevailed in the area and various organisations protested the killing of civilians and also attacked some of the security forces and put ablaze the security vehicles , the District authority of Mon has restricted the internet service throughout the district as a precautionary measure, official sources said.