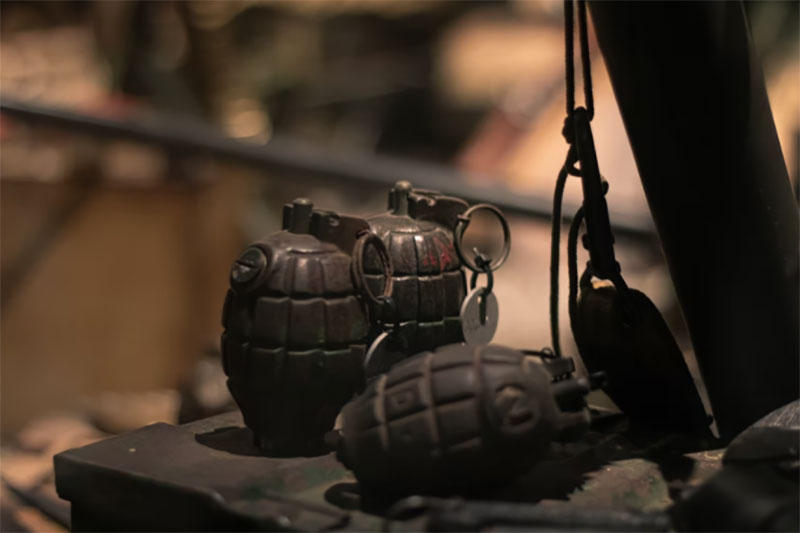 Chandigarh/Gurdaspur: Close on the heels of the two Pakistan-ISI sponsored terror modules busted in Gurdaspur this week, Punjab Police on Thursday recovered another chunk of four hand grenades and one tiffin bomb concealed in a sack recovered from village Salempur Araiyan of the border district.

Sharing details, Punjab Director General of Police (DGP) Iqbal Preet Singh Sahota said keeping in view of the recent recoveries of RDX, hand grenades and pistols from the border district, strong static and shifting Nakas have been laid in entire district by all SHOs in the supervision of Gazetted Officers.

He said during a checking at T-Point near village Salempur Araiyan, SHO Sadar Gurdaspur found a suspicious sack in the bushes on road side and on checking the sack, he recovered four hand grenades and one tiffin bomb concealed in it.

Bomb Detection and Disposal teams (BDDS) teams have been informed to diffuse the explosive material, he added.

Earlier, the Gurdaspur Police on Wednesday had recovered 0.9 kg RDX on disclosures of Sukhwinder Singh alias Sonu of Lopoke in Amritsar, who was arrested on Sunday, while, on Tuesday, the district Police had recovered two hand grenades.

Meanwhile, an FIR has been registered under sections 3, 4 and 5 of the Explosive Substances Act at Police Station Sadar Gurdaspur.