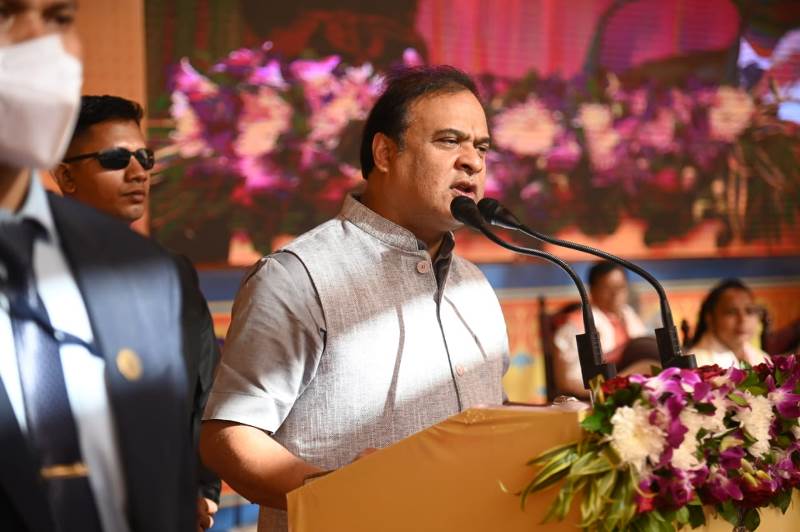 The Ministry of Road Transport and Highways, Government of India has sanctioned Rs. 925.47 crores for construction of this bridge. This project will be executed by UP State Bridge Construction Corporation Limited, Lucknow.

The targeted period for completion of the project is 48 months.

Speaking in a meeting held in connection with the launch of construction works of the bridge at Dakshinpat, Chief Minister Dr Sarma said – “Today is a historic day for the people of Majuli.

The launch of construction of Majuli-Jorhat Bridge is a milestone event and this will give renewed momentum to the development journey of the district.” 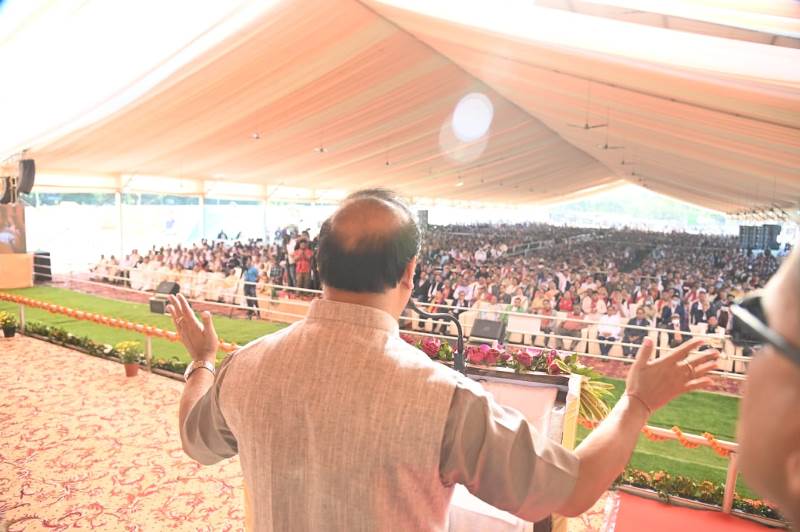 The Assam Chief Minister further said, “This bridge was a longstanding demand of the people of Majuli. Once construction of this bridge is completed, it will give a paradigm shift to connectivity between Jorhat and Majuli besides leading to rapid development in the island district.”

He also recalled the contributions of former Chief Minister Sarbananda Sonowal and said that it was because of his efforts and blessings that the dream of this bridge materializes today.

The Chief Minister informed that the state government has already constituted a cabinet committee to regularly monitor progress of the project. 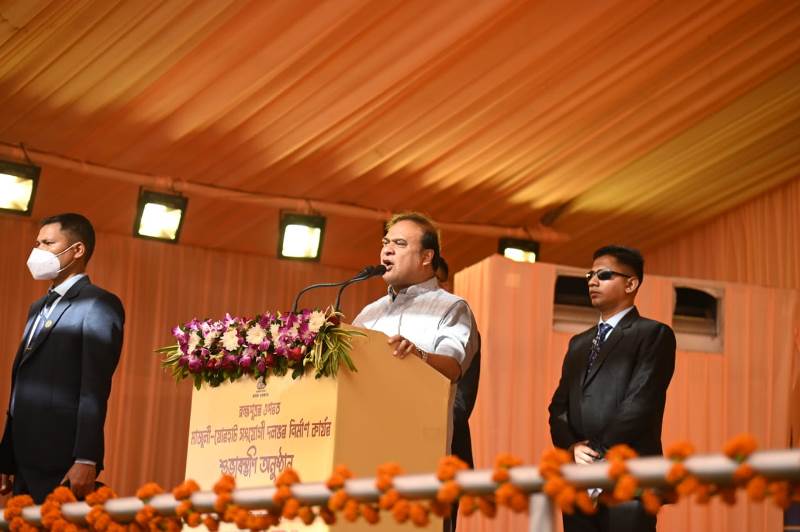 Dr. Sarma further said that the government aims to inaugurate this bridge by November 2025. Around Rs. 200 crores would be spent by the state government from its side for this bridge, he added.

Chief Minister Sarma also announced that the government of Assam would take up construction of a new bridge connecting Majuli-Lakhimpur at Dhunaguri from its own resources amounting to Rs. 750 crores.

He also highlighted steps that have been taken to strengthen and streamline boat services between Jorhat and Majuli following the tragic boat accident at Nimatighat recently. The Chief Minister also spoke about the major changes brought about in revenue administration through Mission Basundhara and how it has helped people since its launch on October 2 this year.

Dr. Sarma also said that soon the state government would launch Mission Sadbhavana to dispose of all pending files relating to public matters which are pending at various departments at Janata Bhawan. 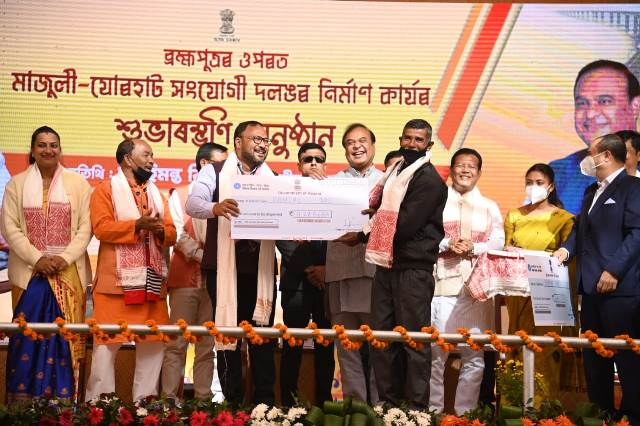 He also handed over cheques of land acquisition compensation to 5 families affected due to construction of the Majuli-Jorhat bridge.

Minister of Power, Sports, Cultural Affairs etc. Bimal Bora, who is also the guardian minister of the district addressed the people on the occasion.

During his visit to the district, Chief Minister Sarma also interacted with the members of Majuli District Journalists Association and Majuli district AAPCU at DC office conference hall today and took stock of issues relating to welfare of journalists. He assured them that the state government would take necessary steps to address all important issues raised by them.

On the other hand, Dr. Sarma today began his day at Majuli with a visit to historic Sri Sri Owa Satra at Kerelagaon and offered prayers seeking blessings of the almighty for wellbeing and happiness of all.