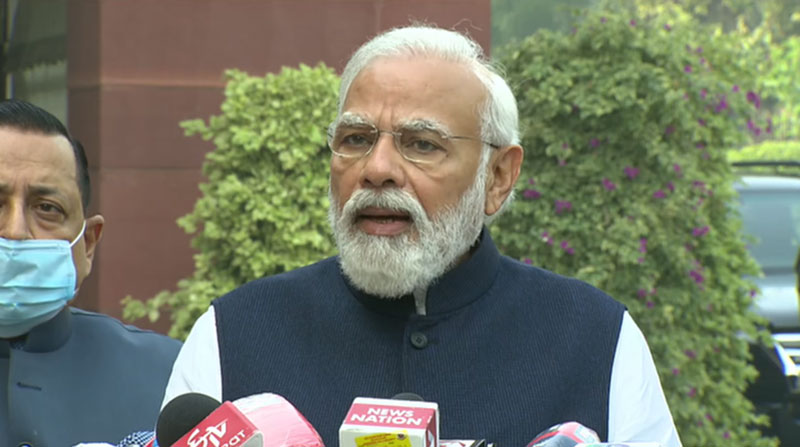 New Delhi/IBNS: Prime Minister Narendra Modi said his government is ready to answer all questions raised by the Opposition in Parliament's winter session, which began on Monday.

Modi said in his remark, "The government is ready to discuss all issues and answer all questions openly. We want questions as well as peace in Parliament.

"Let voices be raised in Parliament but the dignity of Parliament and the Chair should also be maintained."

The Modi government has already announced that it will introduce a bill to repeal the controversial farm laws that had triggered massive protests in the country.

Earlier this month, Modi apologised to the nation and said he will take back the agricultural reforms, which he, as the Prime Minister said, failed to make a section of farmers understand.