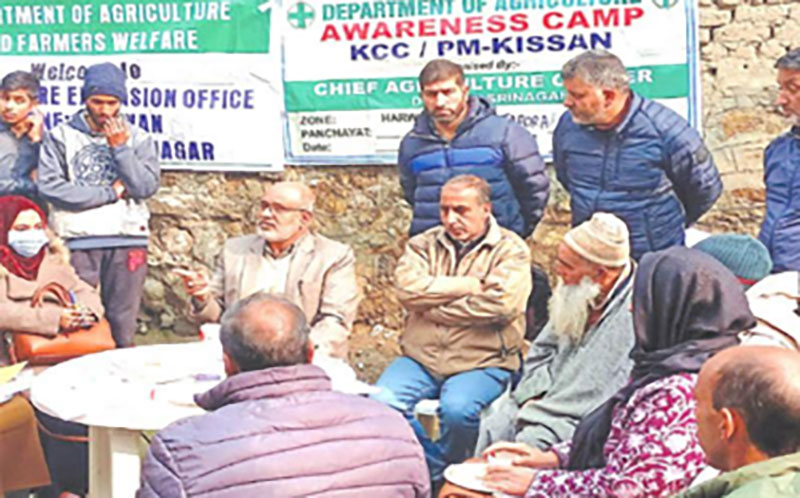 Srinagar/IBNS: The District Administration Srinagar in collaboration with Agriculture Department and other allied departments Saturday organised a series of awareness camps at several areas of district, including Batppora in Panchayat Block Harwan  and Panzinara, Mujgund, Maloora in Qamarwari Block.

The camps were organised to register left out farmers of these areas under the Kissan Credit Card (KCC) scheme and to achieve a 100 percent target in the district.

During the camps farmers were also sensitized about the process of registration and benefits of the Kissan Credit Card scheme .