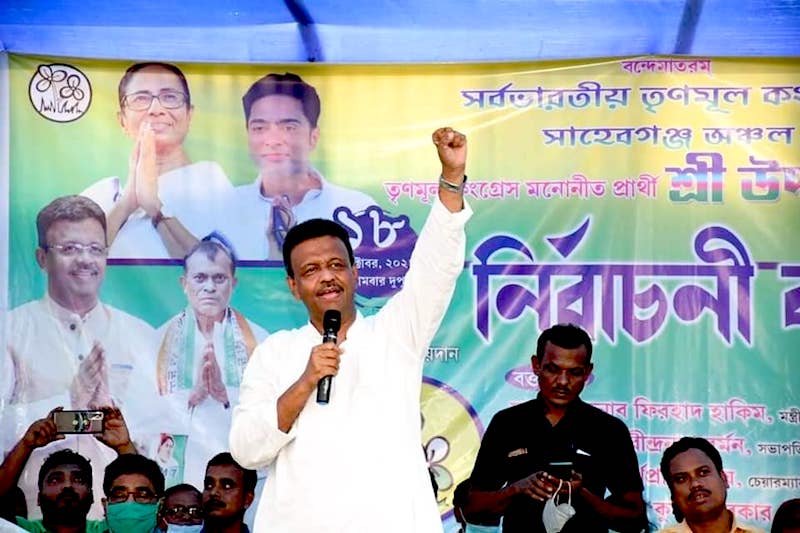 Kolkata, Nov 27 (UNI) With the announcement of candidates for the coming Kolkata Municipal Corporation (KMC) election on Thursday, the ruling Trinamool Congress embarked on canvassing in several wards.

The Trinamool Congress on Friday decided the names of the 144 candidates for the December 19 Kolkata Municipal election.

He said three other MLAs — Atin Ghosh, Debashish Kumar and Debabrata Majumder —who were holding important positions in the outgoing corporation, will be fielded too.”

Party MP Sudip Banerjee said, “In the last election, 126 candidates of our party had won. Out of them, 87 candidates will be retained for the upcoming election and 39 will be dropped. Of the 87, 78 candidates will be fielded from their own wards while the others will have to change their wards for different reasons.”

He said 45 per cent of candidates who will contest are women. Out of the 23 minority candidates,

two are Christians, and there are 19 candidates from scheduled castes.

Mr Banerjee said the TMC is also opening up to new to newer faces. Out of the 126 councillors it had in the last tenure, 39 have been replaced.

The Left Front has also announced its list and has left around 17 seats out of the total 144, for other parties to contest, namely Congress Party and Indian Secular Front - both parties that were in alliance with the Left during assembly elections. Of the 127 seats the Left is contesting, 114 names were declared on Friday.

The Kolkata Municipal Corporation vote will have 1,707 polling premises, with voting scheduled

Meanwhile, a petition filed by a state BJP leader concerning civic elections is scheduled for being heard in Calcutta High Court next week.

The much-awaited Kolkata Municipal Corporation (KMC) election will be held on December 19.

The EVMs aided polls will be held in all the 144 wards across the city and counting will be held on December 21.

The notification said the Model Code of Conduct was also imposed with immediate effect and filing of nomination also began on Thursday.

The last date for filing nomination is December 1 and the following day is scrutiny of the nomination papers.

December 4 is the last date for withdrawal of nomination papers. The polling time is between 7 am to 5 pm.

The elections to the civic body were due in April-May 2020, but the polls were postponed due to the raging COVID-19 pandemic.