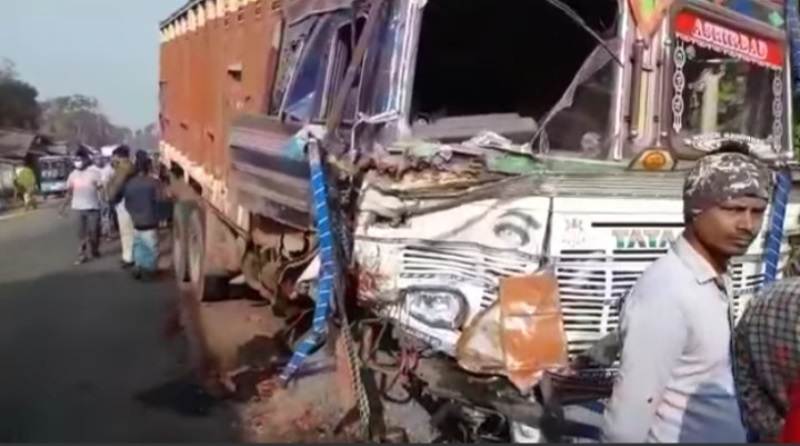 Kolkata/IBNS: At least 18 people were killed and seven others were injured in a road accident that occurred in the wee hours of Sunday in Hanskhali in Nadia district of West Bengal, officials said.

According to reports, around 25-26 people from North 24 Parganas' Bagda were going to cremate the body of an elderly woman to a crematorium in Nadia's Nabadwip, and a matador in which they were travelling collided head on with a truck coming from opposite direction at Fulbari area under Hanskhali Police Station limits.

A senior state police official said passengers of the matador were rescued and rushed to a local hospital where 18 of them were declared dead.

"As per the latest information we have received, 18 people, including 10 men, seven women and a child, died in the mishap and driver of the matador was among the deceased," SP of Nadia's Ranaghat Police District, Sayak Das, told IBNS.

"Six people are undergoing treatments at a local hospital in stable conditions while another person, who were seriously wounded, has been shifted to NRS Medical College and Hospital in Kolkata," the IPS officer added.

"Driver of the truck has been detained and he is being questioned," said the senior cop, adding that an investigation has been initiated into the reason behind the deadly accident.

"The road accident that took place in Nadia district of West Bengal is very saddening. My condolences to the families of those who lost their lives in this accident,"  Shah tweeted. "God may help them in this difficult situation. I wish the injured a speedy recovery."