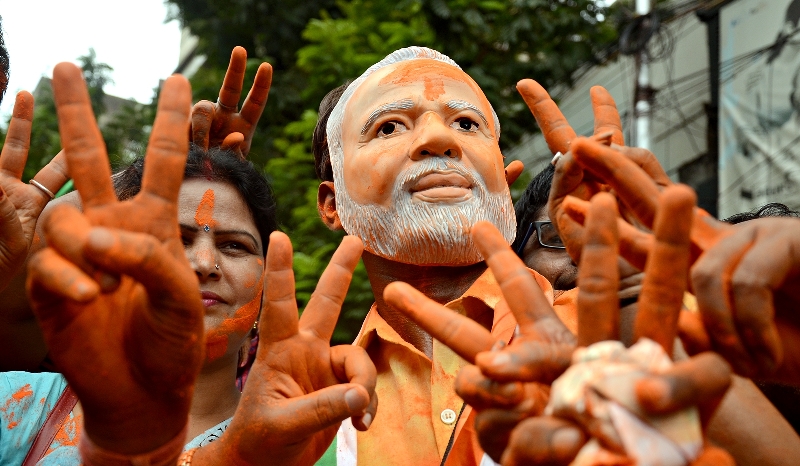 Tripura/IBNS: As votes are being counted for elections to several civic bodies including Agartala Municipal Corporation, in Tripura on Sunday, the ruling Bharatiya Janata Party (BJP) has a comfortable lead winning majority seats in the north eastern state.

The BJP is leading or has already won in all the seats where counting has been completed, NDTV quoting sources reported.

The party has won 19 wards in Agartala Municipal Corporation and is leading in the remaining 32, said reports.

The elections were held amid fierce political battle put up by the state's ruling Bharatiya Janata Party (BJP) and the newly entrant Trinamool Congress.

The BJP is leading in Ambassa, Jirania, Teliamura and Sabroom, the Tripura State Election Commission said.

This is the first civic election that the BJP contested after coming to power in Tripura in 2018.

A total of 334 seats are available in the urban local bodies, including AMC with 51 wards, 13 municipal councils, and six nagar panchayats.

The BJP, under Chief Minister Biplab Deb, has fielded candidates in all the seats.

The saffron party already won 112 out of the 334 seats uncontested in AMC and 19 urban local bodies.

In the remaining 222 seats, some 785 candidates contested after 36 withdrew their nominations.

The election was fought mainly between the BJP, West Bengal Chief Minister Mamata Banerjee's Trinamool Congress and the Communist Party of India (Marxist), or CPI(M).

In the much debated civic body election, opposition political parties TMC, Left Front and Tipra Motha secured one seat each in the 15 seated Ambassa Municipal Council which was secured by BJP with 12 seats in the northern Tripura district of Dhalai here, it was reported on Sunday.

As the counting of votes began, BJP took an unassailable lead. And the saffron party secured 12 out of 15 seats. Among the rest three seats Tipra Motha, TMC and Left Front secured the ward 3, 13 and 15 respectively. Till now it is the only victory of the TMC in the civic body election in the state.

The results are yet to be declared officially.