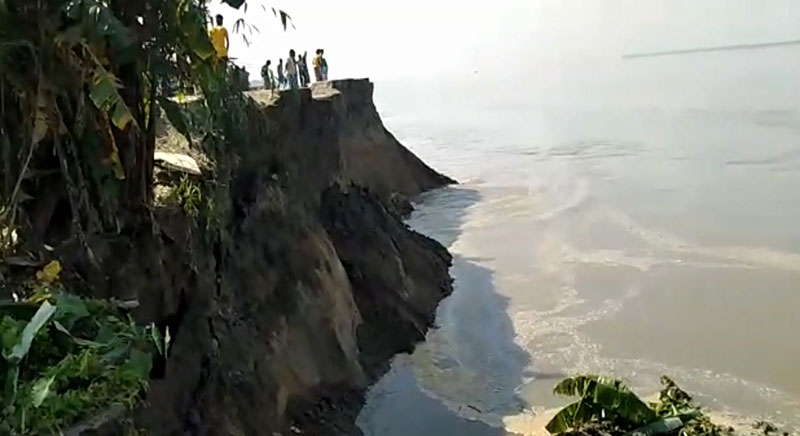 Not only Rejia, nearly 1000 families of Chatlapar, Matifata, Rabhatari, Paampara, Fakirganj area under South Salmara assembly constituency in Assam’s South Salmara Mankachar district have been left homeless and forced to move safer places after the Brahmaputra river and its tributaries wiped out their homes, lands.

Villagers of at least 40 villages in South Salmara assembly constituency have been badly affected due to river erosion in the past several years. 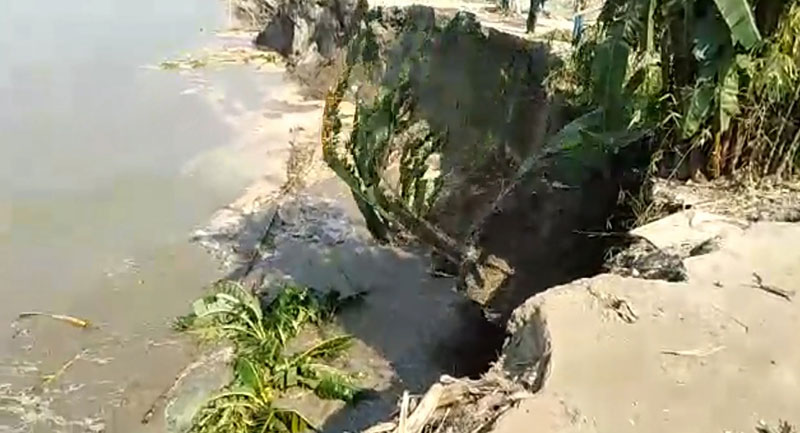 According to the locals, the river erosion continues to wreak havoc in the area as many religious institutions, school buildings, and thousands of bighas of agricultural lands have been eroded..

“We have been facing the river erosion problem for the past several years. The Brahmaputra river has swallowed our lands and the villagers from Fakirganj area to Chatlapar, Matifata, Rabhatari area have been badly affected. Earlier, we had seen the soil erosion of the Brahmaputra river during the rainy season, but river erosion has become more deadly in this year’s winter season also. Nearly 1000 families of the area have been affected due to river erosion in recent times,” Adam Ali – a local villager of Matifata village said.

He further said that the local administration and government are not doing anything to protect the lands and properties of the villagers and not taking any measures to stop the river erosion. 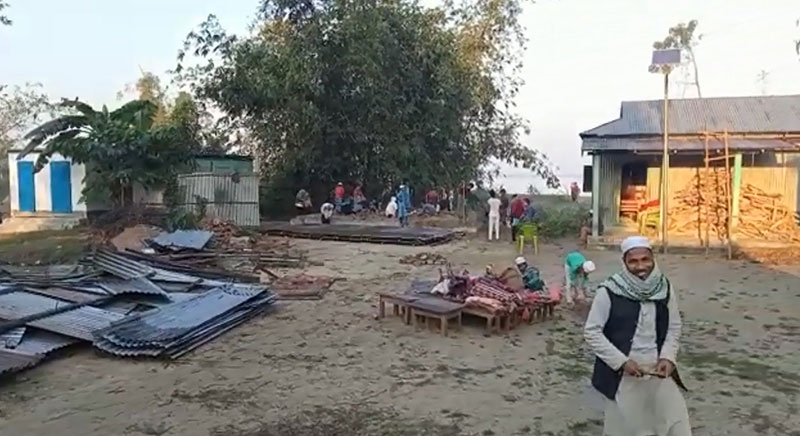 The local villagers have also shown their anger against the local MLA and Lok Sabha MP Badruddin Ajmal.

On the other hand, river erosion of the Brahaputra river is also continuing in Goalpara district and the mighty river has eroded the lands of many villagers in the district.

According to the Assam government, the state has so far lost about 4.27 lakh hectares of land by the soil erosion of the Brahmaputra river and its tributaries.