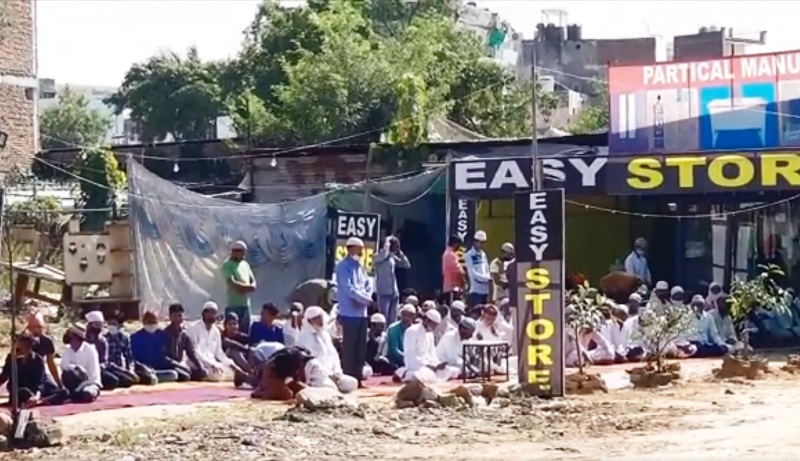 New Delhi/IBNS: Muslims offering namaz at a designated open site in Gurgaon's Sector 37 was interrupted once again by Hindu groups, with tensions escalating as they performed a 'prayer' that claimed to commemorate the 26/11 terror attacks.

The gathered Muslims initially had planned to leave without praying, but then around 25 decided to go ahead.

They prayed to shouts of 'Jai Shri Ram' and 'Bharat Mata ki Jai' from less than 30 metres.

Around 150 policemen were present at the scene but only 30 stood between the two groups.

The moment the 20-minute namaz ended, two men from the Hindu group crossed the distance to claim the space.

The Muslim community members decided to leave the site peacefully.