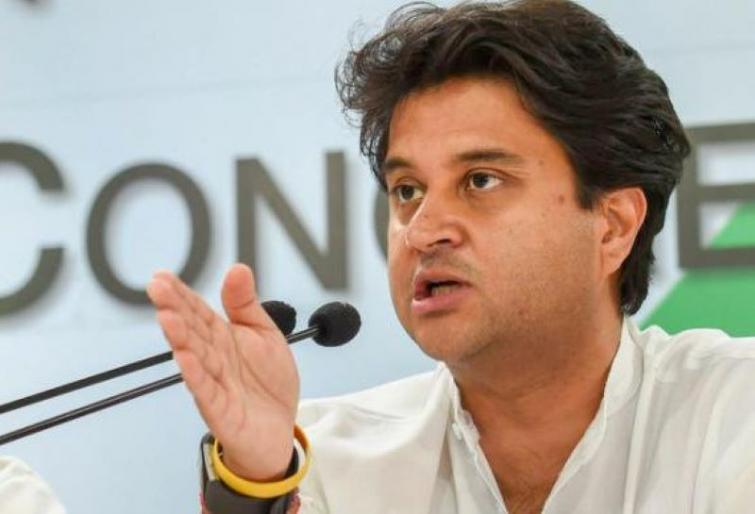 New Delhi/IBNS: Civil Aviation minister Jyotiraditya Scindia has supported the selection of Jewar for Uttar Pradesh's next international airport, saying it will bring development to the area.

"The days when areas were developed first, and then a need was felt to have connectivity, are long gone," Scindia told NDTV in an exclusive interview.

"The trend has reversed, where connectivity propels development and in that context, the Noida international airport is going to change the way we look at Jewar and surrounding areas," he added.

The airport, which is going to be the largest airport in Asia, is being built 75 km from Delhi in Gautam Budh Nagar in one of the remote corners of the district.

Despite criticism over the choice of location, the government has maintained that the project is in line with its vision of building world-class connectivity infrastructure of road, rail and air.

The upcoming airport will be close to an industrial hub that is also under development.

The new airport named - Noida International Airport - is expected to be operational by September 2024 with an initial capacity to handle 1.2 crore passengers per year.

Prime Minister Narendra Modi inaugurated the international airport which had been pending for the last 20 years.

"So many projects in UP shelved by previous governments because. This too was suggested to be shelved... but then came the BJP's double-engine government and development picked up," Modi sai slamming the opposition.

This was PM Modi's second big inauguration in Uttar Pradesh. Last week, he inaugurated the Purvanchal Expressway which had also been in pipeline for a long time.