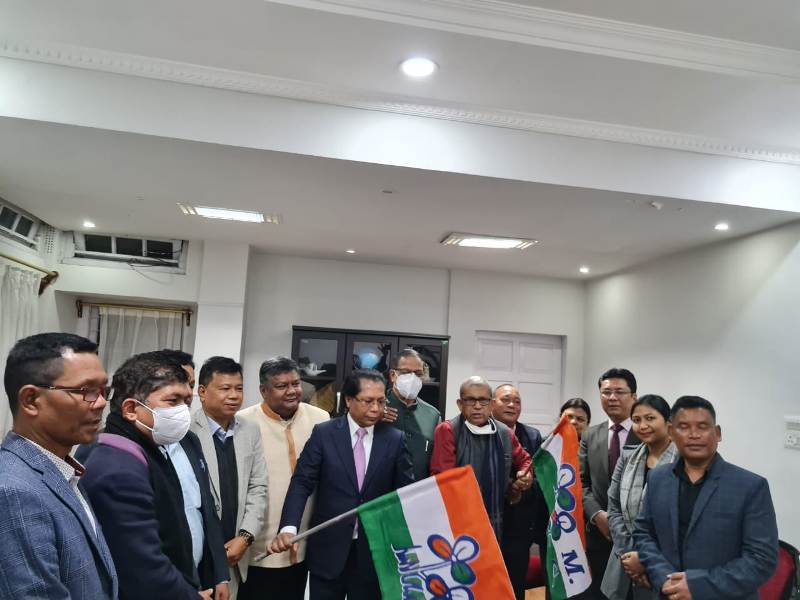 Guwahati/IBNS: West Bengal Chief MinisterMamata Banerjee’s unprecedented coup in Meghalaya – with joining of 12 out of 17 Congress MLAs including former Chief Minister Dr Mukul Sangma in Trinamool Congress (TMC) just ahead of the assembly polls in the state, was started from the meeting between Mukul Sangma and political strategist Prashant Kishor just two and half months ago.

Sangma while addressing a press conference in Shillong on Thursday, said, "The sustainability of our democracy is under threat. The political parties in opposition to ensure that the spaces available for the opposition is effectively optimal utilized as far as Congress is concerned.

" So we looked at the available options and we did and tried to reach out to many people, many friends,” he said.

Sangma also said that he met political strategist Prashant Kishor who can make a difference.

“He is my friend and meetings are held with him. I am very happy to disclose that, when we interacted I felt that we shared the same objective aim in the interest of the people, state and the nation,” Sangma said.

A MLA of Garo Hills in Meghalaya said that the first meeting between Mukul Sangma and Kishor was held in Kolkata two and half months agoback.

Not only Sangma, few of his fellow MLAs had also attended discussions with Prashant Kishore in the past two months.

Finally on Wednesday evening, Sangma along with 11 other MLAs met Meghalaya assembly speaker Mehtab Lyngdoh and submitted a letter informing them that they had decided to merge with the TMC.

Despite not winning a single seat in the last Meghalaya assembly election held in 2018, the TMC has now emerged as the main opposition party in the state after the latest political move and the Congress’s strength in the assembly has now reduced to five.