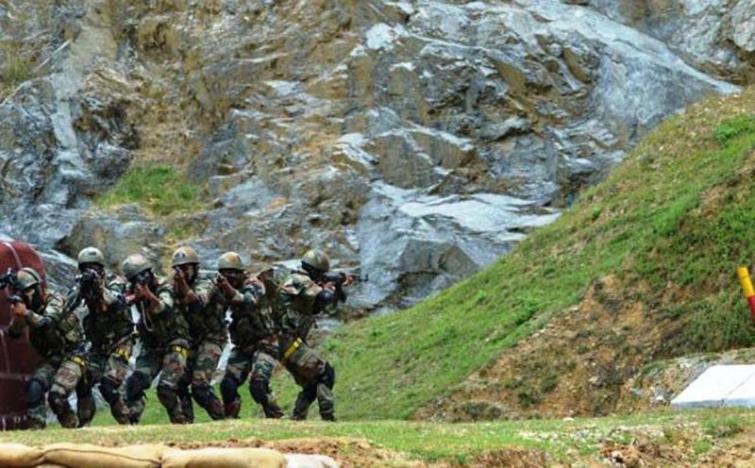 Jammu/UNI: The Indian Army on Friday said that they have successfully foiled an infiltration attempt and have neutralised one terrorist along the Line of Control (LoC) in the Bhimber Gali sector of Rajouri district in Jammu and Kashmir.

Jammu based defence spokesman Lt Col Devender Anand said that late last night, terrorists from the Pakistan side made a bid to enter into the Indian Territory along the LoC in Bhimber Gali.

"Alert Indian Army troops successfully foiled the infiltration attempt and one Pak terrorist has been eliminated," he said.

The spokesman said that the body of the terrorist along with his weapon and ammunition has been recovered.

"Operation is in progress," he said.

Notably, a counter insurgency operation was already ongoing in Bhatadurian along Rajouri-Poonch boundaries from the Oct 11 encounter in which nine Indian Army soldiers including two Junior Commissioned Officers were killed.

Director General of Police, Dilbag Singh also on Thursday said that the security grid along the borders of Jammu and Kashmir are well in place and the security forces are successfully foiling all nefarious designs from across the border.