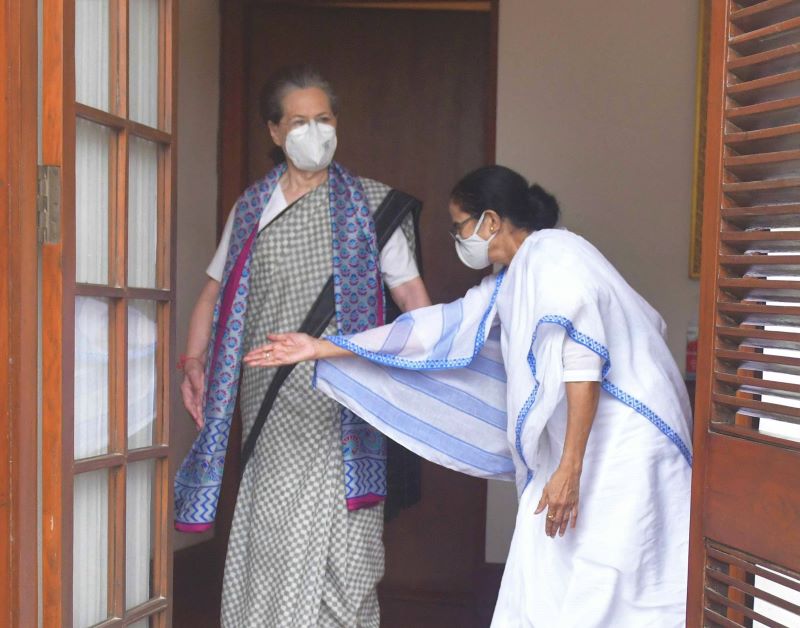 New Delhi/IBNS: The Congress on Thursday held a strategy meeting for the party where it pledged for a united opposition even as it lost 12 of 17 MLAs in Meghalaya to Mamata Banerjee's Trinamool Congress.

"Under the leadership of Sonia Gandhi, we discussed the coming parliament session. We have to raise a lot of issues in parliament. On 29th, we will raise the MSP (Minimum Support Price) and farmers' issue," senior Congress leader Mallikarjun Kharge said in a media briefing after the meeting.

"We will raise inflation, petrol and diesel prices and Chinese incursions. We want a discussion on all these issues. We will coordinate with all other parties - Trinamool, and others to have a coordinated approach," he said adding: "We want opposition unity."

The assertion came on a day when the Trinamool inducted former Meghalaya Chief Minister Mukul Sangma and 11 other Congress MLAs in a huge coup for West Bengal's ruling party in the northeast.

The Meghalaya MLAs submitted a letter to assembly Speaker Metbah Lyngdoh around 10 pm on Wednesday, informing him of their change of status, reports said.

The development makes the Trinamool Congress the principal opposition party in the state.

Meanwhile, Congress leaders Kirti Azad and Ashok Tanwar as well as Pawan Varma, formerly of Janata Dal (United), joined the Trinamool Congress in Delhi in the presence of party chief Mamata Banerjee, who is currently visiting the national capital.