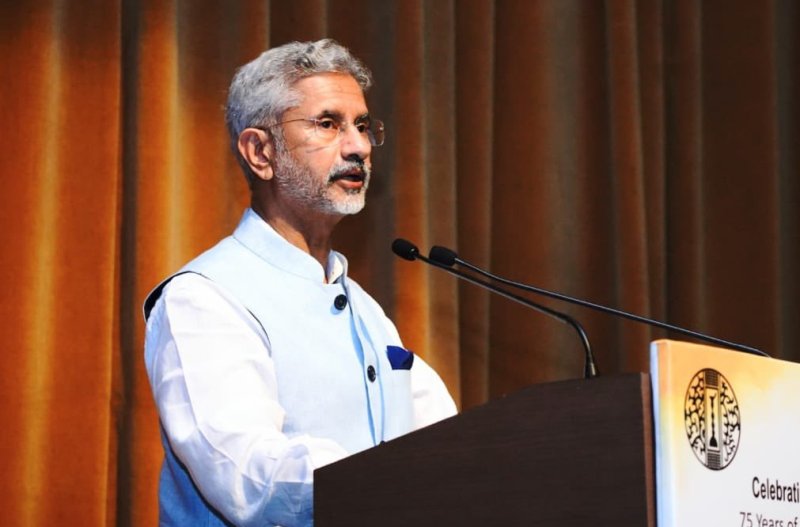 New Delhi/UNI: India believes that greater connectivity is important, especially in the post-Covid world, but any connectivity initiative must be consultative, transparent and participatory and must have respect for sovereignty and territorial integrity, External Affairs Minister S Jaishankar said at the SCO meeting on Thursday.

The reference by Jaishankar to respect for sovereignty and territorial integrity in connectivity initiatives was apparently aimed at the China Pakistan Economic Corridor project, which passes through Pakistan Occupied Kashmir, to which India has protested.

In his address at the 20th Meeting of the SCO Council of Heads of Government, Jaishankar said: "India believes that greater connectivity is an economic force-multiplier which has acquired greater salience in the post-Covid era. However, any serious connectivity initiative must be consultative, transparent and participatory. It must conform to the most basic principle of international law – respect for sovereignty and territorial integrity."

He also said that India has been taking steps to operationalize the Chabahar port in Iran to provide a secure and commercially viable access to the sea for Central Asian countries.

“We have also proposed to include the Chabahar port in the framework of International North-South Transport Corridor (INSTC). I would like to reaffirm India’s commitment to cooperate, plan, invest and build physical and digital connectivity in the SCO region,” he stressed.

He said that India considers the Shanghai Cooperation Organisation as an important regional group to promote cooperation in various fields based on universally recognized international norms, good governance, Rule of law, openness, transparency and equality.

“It is unfortunate to note that there have been repeated attempts to deliberately bring bilateral issues into SCO. This violates the well-established principles and norms of SCO Charter. Such acts are counterproductive to the spirit of consensus and cooperation that define this organization and should be condemned,” he said. In the past, Pakistan had tried to rake up the Kashmir issue at the forum, to which India had protested.

Earlier, in the speech he outlined India’s readiness to contribute constructively to the SCO in different ways.

Referring to the COP 26 in Glasgow, he said that India is among the few large economies that have delivered in letter and spirit on the Paris Agreement.

India ranks 4th in the world in installed renewable energy capacity. India's non-fossil fuel energy has increased by more than 25% in the last 7 years and now it has reached 40% of our energy mix, he said, and referred to the Indian initiatives of the International Solar Alliance and the Coalition for Disaster Resilient Infrastructure for climate adaptation.

“Prime Minister Modi's recent call for One Sun: One World: One Grid and Green-Grid Initiatives are expected to lead to the development of a cohesive and robust global grid. India is ready to share its experience in climate change mitigation and adaptation in the SCO format,” he said.

Referring to Covid-19, he said its socio-political impact has “exposed the weakness of global institutions”.

“This is the time to bring in much needed reforms to our global institutions, including the WHO, and rework our development strategies to face a post-COVID-19 world. For this, we need a Reformed and Reinvigorated Multilateralism that reflects today's realities, which gives voice to all stakeholders, addresses contemporary challenges and puts human beings at the centre of our thought and policies,” he stressed.

He outlined India’s response to the economic devastation caused by Covid and said the IMF has forecast a 9.5% growth in the Indian economy in 2021. “Indian Start ups have so far created 65 unicorns, out of which 28 unicorns were added during 2021 alone. We stand ready to share our experience with other SCO Member States through our initiative to set up a Special Working Group on Startups and Innovation.”

He thanked Kazakhstan Prime Minister Askar Mamin for hosting the summit and extended felicitations to China, which will take over the Chairmanship of the SCO Council of Heads of Government in 2022.