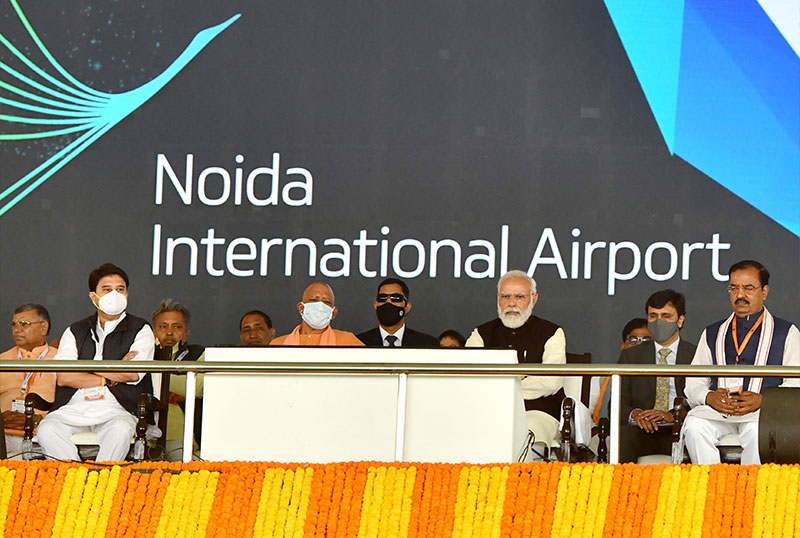 Noida/IBNS: Prime Minister Narendra Modi Thursday laid the foundation stone for the Noida International Airport also known as Jewar airport being built near a village of the same name.

He said the new airport will be the logistics gateway of northern India.

It will be Uttar Pradesh's 10th airport and the fifth international airport the most any state has.

"Congratulations to the people of Uttar Pradesh for the ground-breaking of the Noida International Airport. It will put Noida and western UP on the global map. The Noida airport will be the 'logistics gateway of northern India,'" the Prime Minister told a crowd of thousands.

"Today, 21st century India is seeing one mega infrastructure project after another. These do not just have a direct impact on the local population... but also transform the entire region," the Prime Minister said.

However, the event is also witnessing protests by farmers who have reached from Western UP, the region Congress is trying to gain some after biting the dust in the last elections. 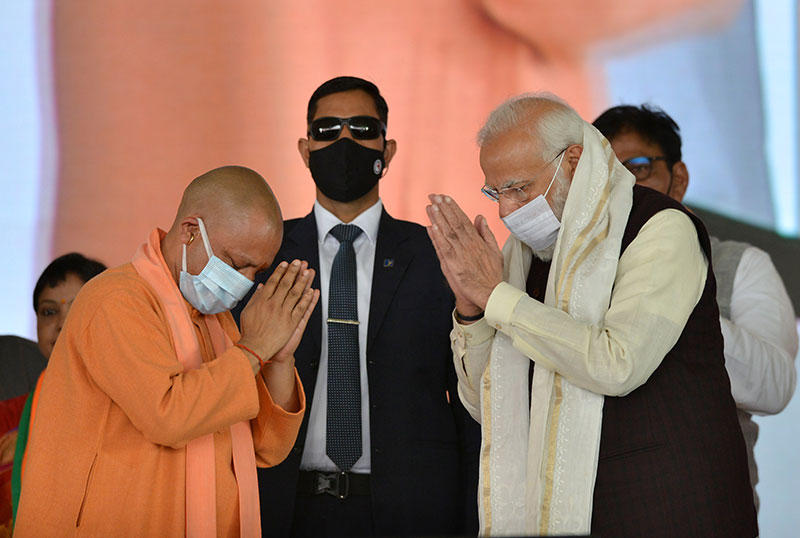 The Prime Minister pointed out that the Noida International Airport will enable farmers to export their vegetables, fruits and produce directly to the world.

"There was a time... till not so long ago... when people wondered if UP can progress. But today, UP is seeing unparalleled progress. From expressways to airports and rail projects, all is happening here in UP now. It is not just making an impact in India, but is leaving an impression globally," he declared.

Taking a swipe at the opposition, the PM said several development projects have been shelved by the previous governments and Jewar airport project also faced uncertainty.

"So many projects in UP shelved by previous governments because. This too was suggested to be shelved... but then came the BJP's double-engine government (the BJP in power at the state and centre) and development picked up. For us, developing India is politics."

The PM also commented on land acquisition for the airport, saying: "We used to see many projects where land was taken from farmers, and neither were they compensated properly nor did the projects kick-off. We take all our decisions keeping in mind India's progress, farmers' betterment, project and regional betterment."

The protesting farmers are camping just 700 m from the airport demanding compensation.

NDTV reported that they have alleged that the authorities did not give some of them the monetary compensation while some others who opted for houses did not get the promised accommodation.

A local BJP MLA admitted land had been acquired in a hurry, the report added.

Fully operational, the Noida International Airport is expected to serve around 1.2 crore passengers per year, with Delhi, Noida, Ghaziabad, Agra, Faridabad, and nearby areas set to benefit.