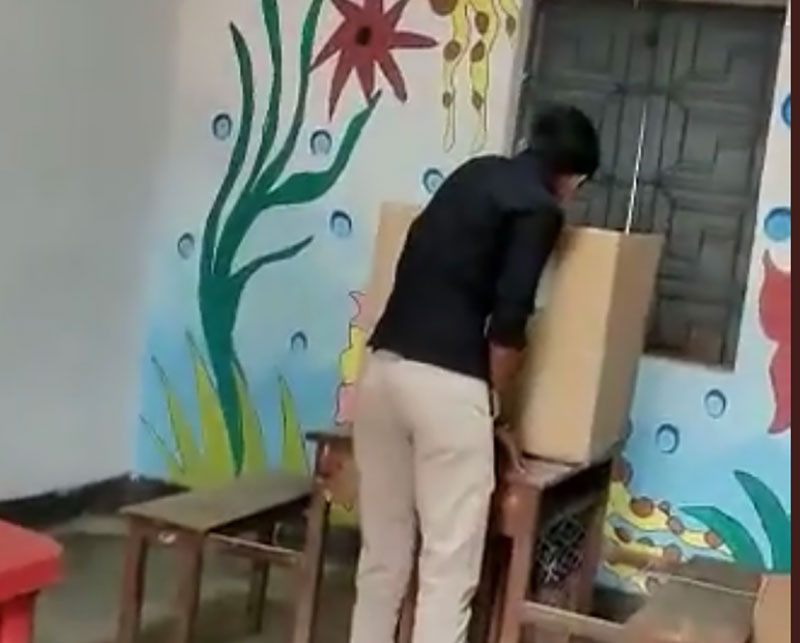 New Delhi/IBNS: The Supreme Court has asked the central government to deploy additional forces to secure polling booths in Tripura where civic polls are being held on Thursday, media reports said.

The top court's directive came in the backdrop of opposition parties' allegations of rigging against the ruling Bharatiya Janata Party (BJP).

Is voting supposed to be closely monitored?

Free and fair elections in Agartala is turning out to be a joke!

Watch to believe the situation in AMC Ward Number 13 👇🏼 pic.twitter.com/nVhA0V8HQa

"In such circumstances we direct the MHA (Ministry of Home Affairs) to deploy 2 additional companies of CAPF (Central Armed Police Force) as expeditiously as possible, having due regard to the fact the polling has commenced, so polling can take place without disruption," the top court said as quoted by NDTV.

"SEC shall ensure every polling booth is manned by sufficient members of CAPF armed personnel to ensure free and fair elections."

The Trinamool Congress (TMC) in the morning alleged that the BJP members are intimidating voters in the northeastern state.

In a video shared by the TMC on social media, a man is seen violating a woman voter's voting privacy and seems to be pressing the button on the Electronic Voting Machine (EVM).

The authenticity of the video was not independently verified by IBNS.