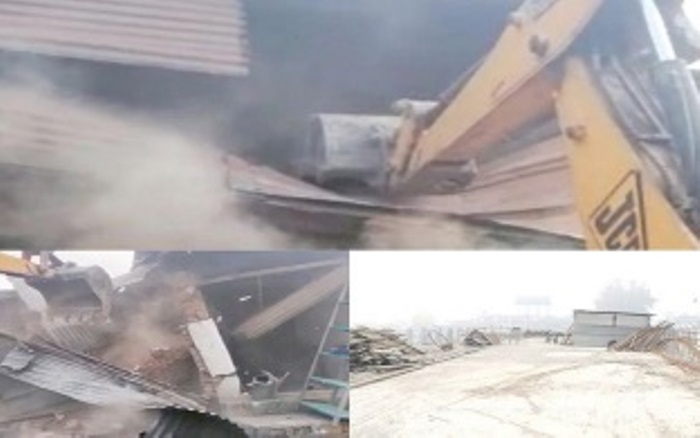 Srinagar/IBNS: In order to expedite the ongoing work on Noor Jehan Bridge Project at Qamarwari over the river Jhelum, the District Administration Srinagar Wednesday undertook a massive anti-encroachment drive at Noorbagh.

It is being constructed at an estimated cost of Rs 10 crore.

The Srinagar district administration demolished several structures which were impediment in the completion of the project.

The anti-encroachment drive was launched on the directions of Deputy Commissioner Srinagar, Mohammad Aijaz Asad, under the supervision of Tehsildar for Eidgah, Ishfaq Ahmad Khan.

The encroachment was a bottleneck in the timely completion of the Noor Jehan Bridge and by removing these illegal constructions the long pending demand of people is nearing completion.