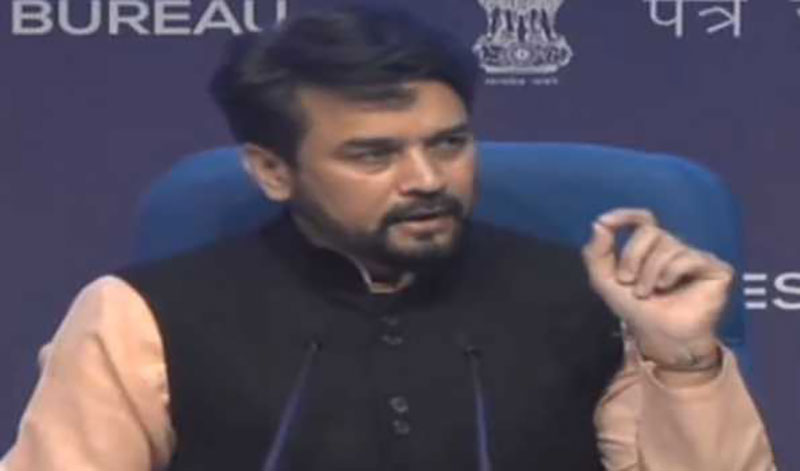 The bill to scrap the farm laws would now be introduced in the winter session of the Parliament that commences on Nov 29.

The laws which would be scrapped are the Farmers' Produce Trade and Commerce (Promotion and Facilitation) Act, 2020, the Farmers (Empowerment and Protection) Agreement of Price Assurance, Farm Services Act, 2020, and the Essential Commodities (Amendment) Act, 2020.

"On 19th of November, on the day of Gurupurab, Hon'ble Prime Minister had announced that the government will repeal the three farm laws and today when the Cabinet met under the able leadership of Prime Minister Narendra Modi we have completed the formalities to repeal the farm laws," Information and Broadcasting Minister Anurag Thakur said in a media briefing after Cabinet meeting.

The food grains distributed under the Phase V of the scheme would entail an estimated food subsidy of Rs 53,344.52 crore.