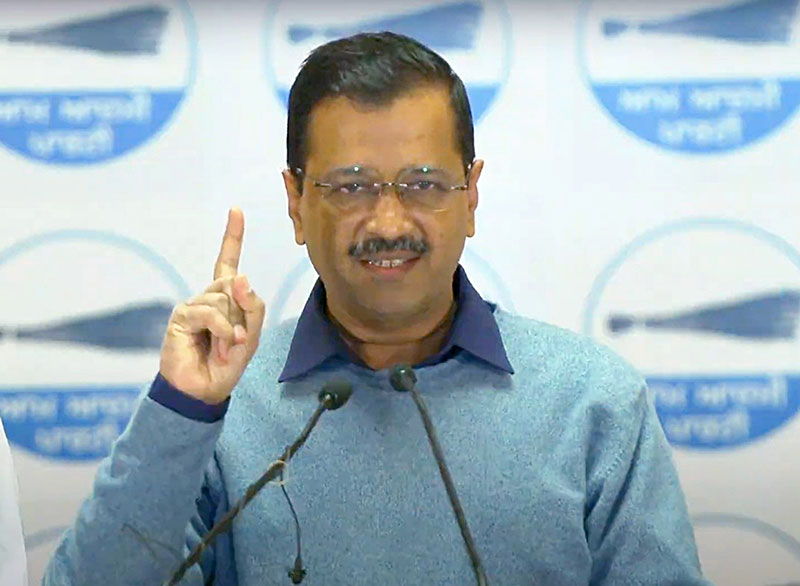 Kejriwal said, "Yesterday, chief minister Channi claimed his government has ended the sand mafia and reduced the price of the sand. Immediately, Mr Sidhu said this information was wrong. He highlighted that the sand mafia is still operating. I salute his courage."

"He (Sidhu) is raising people-centric issues but the entire Congress party is trying to suppress his voice. First, it was Captain (Amarinder Singh), now it's Channi," he added.

In Punjab, the AAP is closely fighting against the Congress, which replaced its Chief Minister a few weeks ago.

Channi has replaced Congress veteran Captain Amarinder Singh, who has now floated his own party to contest in the upcoming polls, as the Chief Minister.