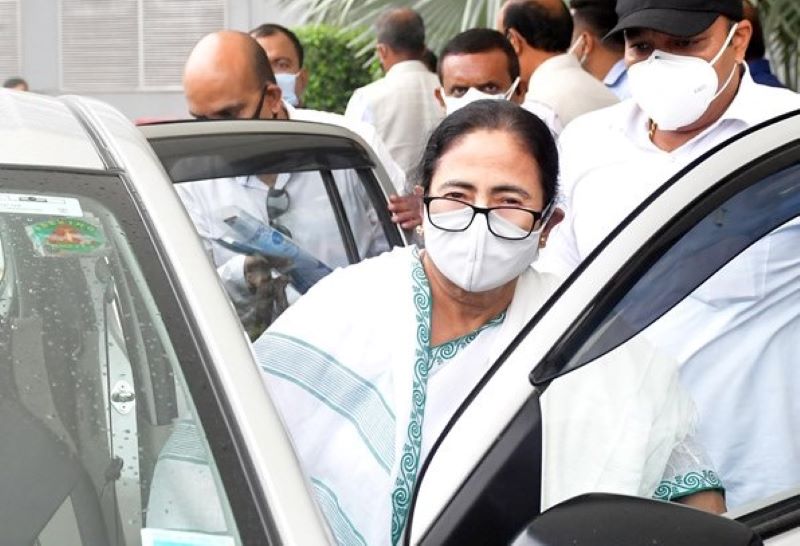 Kolkata/UNI: West Bengal Chief Minister and Trinamool Congress (TMC) supremo, Mamata Banerjee, is likely to fly to New Delhi on Monday on a three-day visit to the national capital.

She is expected to meet various opposition leaders, who are flocking ahead of the Parliament session, which begins on November 29.

Though there was no official confirmation, however, sources said the TMC chairperson may also call on Prime Minister Narendra Modi.

Banerjee has some crucial issues to be settled with the Centre, like pending funds, supply of COVID-19 doses and discussing the union government's notification extending BSF jurisdiction up to 50kms from 15 kms.

She also wrote a letter to the Prime Minister on this issue. The ruling also adopted a resolution in the assembly demanding withdrawal of the BSF jurisdiction.

Banerjee usually makes a trip to New Delhi before the beginning of the Lok Sabha session, but this time the dimension is different after Modi announced to repeal three controversial farm laws, which the TMC had been demanding for withdrawal.

Banerjee had congratulated the farmers after the announcement of PM Modi regarding the repealing of farm laws.

The TMC, which retained power in West Bengal with a thumping majority winning 217 seats, is aiming to dislodge the BJP in Goa and Tripura in next year assembly polls.

The TMC is also looking forward to having some sort of understanding with the oppositions in Uttar Pradesh to defeat the Yogi Adityanath government there.

Banerjee, in her July visit to Delhi, had met many political leaders including Congress president Sonia Gandhi.

Reports are in the media that BJP leader Varun Gandhi may join TMC.

Gandhi is likely to meet the West Bengal Chief Minister during her visit to the national capital.