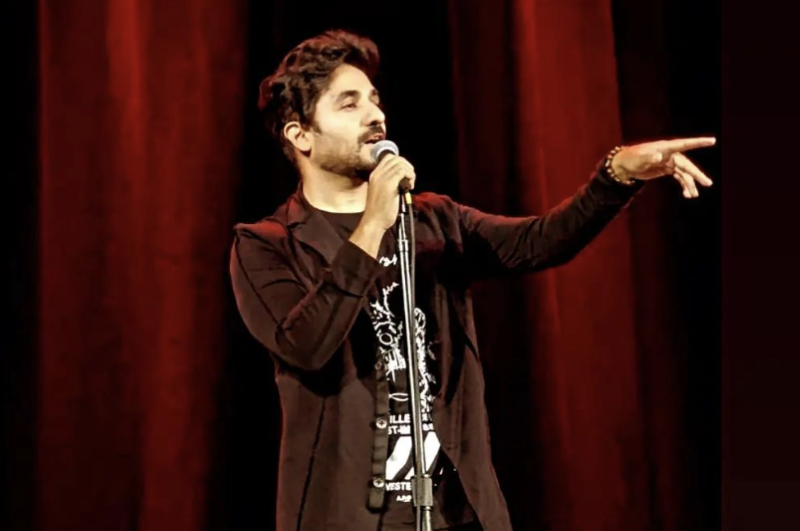 Want to write love letters to country as long as I do comedy: Vir Das facing backlash over 'Two Indias' video

New Delhi/IBNS: Not cowing down facing the social media backlash and anger from the ruling party over his recent controversial video showcasing two sides of India, popular stand-up comedian Vir Das has asserted that he will continue with his job as long as he is in this profession.

In an interview with NDTV, Das, speaking for the second time since the backlash, said, "I have made my country laugh for 10 years now. I have devoted my life to writing about my country.

Have Congress leaders outsourced the job of ‘standing up’ to stand up comedians?

It doesn’t speak too highly of their confidence in Rahul Gandhi’s leadership.

Besides, what is this penchant for supporting vilification of India on foreign soil?

Congress is a habitual offender.

Defending the piece as a satire, Das said, "I think that any Indian who has a sense of humour, or understands satire, or watches my entire video, knows that that's what happened in that room."

In the video, Das is heard suggesting the alleged hypocrisy of the country through a six-minute monologue during his show at Washington's Kennedy Centre.

In one of the lines from the monologue, Das said, "I come from an India where we worship women during the day and gang-rape them during the night."

A stand-up comedian who knows the real meaning of the term "stand up" is not physical but moral -- @thevirdas spoke for millions in this 6-minute take on the Two Indias he hails from & stands up for. https://t.co/94h4SnyZhX
"This is a joke, but it's just not funny." Brilliant.

Taking offence, BJP leader from Delhi, Aditya Jha, slapped a case on Das and said he will not "tolerate" the insult to the nation and will fight for Das' arrest.

Not just Jha, several members of the ruling BJP lashed out at Das though the comedian found support from opposition parties including the Congress.

Facing backlash on social media where he drew support too, Das had issued a statement saying his monologue was a satire and he never intended to insult the country.

Thank you to @thevirdas for speaking truth about Two Indias

Reactions also from 2 Indias- one having a laugh & other filing complaints with police!

The 42-year-old had written, "The video is a satire about the duality of two very separate Indias that do different things. Like any nation has light and dark, good and evil within it. None of this is a secret. The video appeals for (to) us to never forget that we are great. To never stop focusing on what makes us great.

"It ends in a gigantic patriotic round of applause for a country we all love, believe in, and are proud of. That there is more to our country than the headlines, a deep beauty. THAT'S the point of the video and the reason for the applause."

"Please do not be fooled by edited snippets," he added.