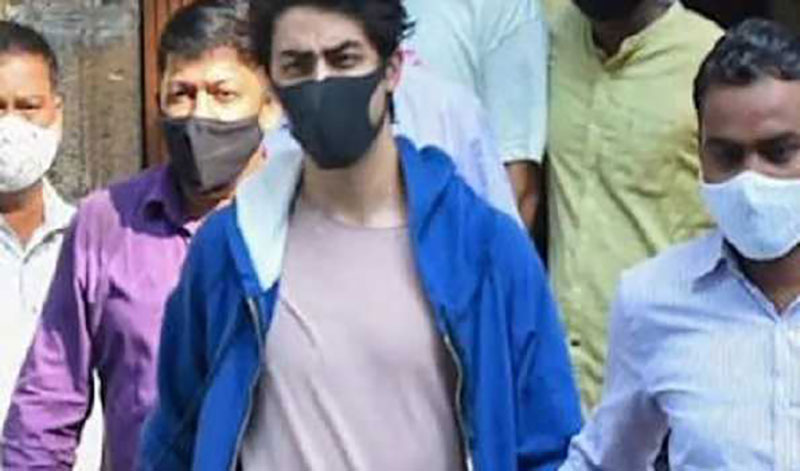 No positive evidence against Aryan Khan, others: Bombay HC

Mumbai/UNI: The Bombay High Court has held that there was no positive evidence against Bollywood actor Shah Rukh Khan's son Aryan Khan and co-accused Munmun Dhamecha and Arbaaz Merchant, who were arrested last month after the Narcotic Control Bureau raided a Goa-bound ship off the coast of Mumbai and seized banned drugs.

In a detailed 14-page order, which was delivered by Justice Nitin Sambre and was uploaded on the website of Bombay High Court today, the court observed that “no prima facie evidence” against the trio were found in relation to the charges of ‘conspiracy’ and ‘common intent’ in the case.

On October 28, the court granted conditional bail to Khan, Dhamecha and Merchant through an operative order and said that a detailed order will be delivered later.

In its order, Justice Sambre said that NCB's claim on the common intention to commit an offence under the NDPS Act, (accused) found to be in possession of commercial quantity of drugs and hatching conspiracy is "liable to be rejected".

The court said that merely because the accused were travelling on the cruise cannot be grounds to invoke the offence under Section 29 (criminal conspiracy) against them.

"This court is required to be sensitive to the fact that there has to be a presence of basic material in the form of evidence so as to substantiate the case of conspiracy against the applicants (accused)," Justice Sambre noted.

He further said that no drugs were found on Khan, while the quantity recovered from Dhamecha and Merchant was 'small' under the NDPS Act

Under such circumstances, in order to invoke the offence of conspiracy against the accused, there has to be positive evidence about an agreement to do an unlawful act or to do a lawful act by unlawful means, and such agreement must precede with a meeting of minds, but there is no such material, in this case, the court observed.

Justice Sambre said that the probe to date suggested that the accused trio were travelling independently and there was no ‘meeting of minds’ on the issue, as contended by the NCB.

Accordingly, since there was no offence of conspiracy, the rigours of NDPS Act Section 37 on grant of bail would not apply here, the court said, granting bail to Khan, Dhamecha and Merchant last month.