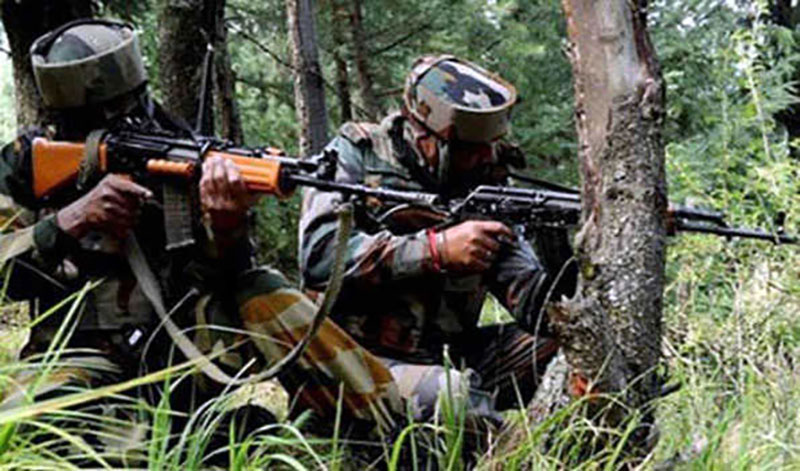 Srinagar/UNI: A commander of the terrorist group Hizbul Mujahideen, was killed in a gunfight in South Kashmir’s Kulgam district on Saturday, police said.

The gunfight erupted at Ashmuji village, where a joint team of forces launched a cordon and search operation, following an input about the presence of militants.

"During the search operation, after the presence of terrorist was ascertained, efforts were made to evacuate the civilians and a message was passed to the hiding terrorist to surrender, however, he denied and started firing indiscriminately upon the security forces, which was retaliated, leading to an encounter. In the ensuing encounter, a terrorist namely Mudasir Ahmad Wagay, resident of Malwan, Devsar, was killed," a police statement said.

It added that Wagay was an "A plus" category militant and was presently the district commander of HM. He was active from 2018.

"Incriminating material, including arms and ammunition, were recovered from the site," police said.

This was the third encounter in Kulgam district in the past three days.

On November 17, five militants, including two top local commanders, were killed in two separate encounters at Pombai and Gopalpora villages of Kulgam district.