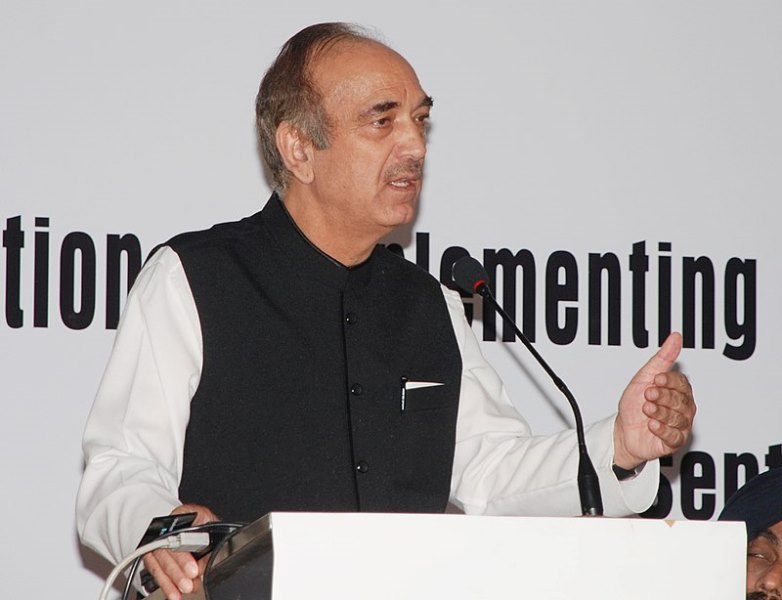 Had repeal come earlier, many lives may have been spared: Ghulam Nabi Azad

Jammu/UNI: Stating that none will criticise the Centre's decision to repeal the farm laws, veteran Congress leader Ghulam Nabi Azad on Friday said had the step been taken earlier, many innocent lives lost during protests, due to harsh weather conditions and Covid-19, could have been saved.

Taking a jibe, Azad said the instance will also help BJP to remember in future, that first there should be a comprehensive study on any "anti-people" bill before taking any decision.

Azad here told the media: "The issue was raised and discussed on several occasions in Parliament, almost all political parties were on the same page demanding revocation of the farmers bill but the government decision was a bit late."

"No doubt elections have played a major role but still had the same decision come much earlier it could have saved many lives lost during protests and other reasons," said Azad, adding the decision nevertheless is definitely welcomed by one and all.

On farmer leader Rakesh Takait's decision to not call off the agitation unless the laws are rolled back in Parliament, Azad said, "Announcement has been made, Parliament session begins November-end and I am sure the laws will be withdrawn in one voice."

On dropping his name from the Disciplinary Committee by the AICC, Azad said, "I have headed many committees in my more-than-three-decades-long political career and was a member of one such committee for a decade."

"This is not a committee that meets often but once or twice in a year or more than that," said the Congress leader.

On revocation of Art 370 and 35A, he said that nobody was in its favour but let us see what's next.

Reacting to recent statement of Jammu and Kashmir Lieutenant Governor Manoj Sinha that terrorism will be wiped out in next two years from the union trritory, the Congress leader said: "We will be the happiest if it happens and we will support and co-operate fully."

"If he has said this, let it be ensured that it will happen," he said.

On his recent frequent visits to Jammu and Kashmir and people wanting him to fight the assembly elections, Azad said, "What people want is a different matter but we could not connect to them in the last two years."

"Firstly due to the situation that broke out after August 5, 2019 restrictions and thereafter due to Covid-19," he said adding, "we are visiting people now and holding interactions. We will be visiting every region of the Union Territory in the coming days and know their aspirations."