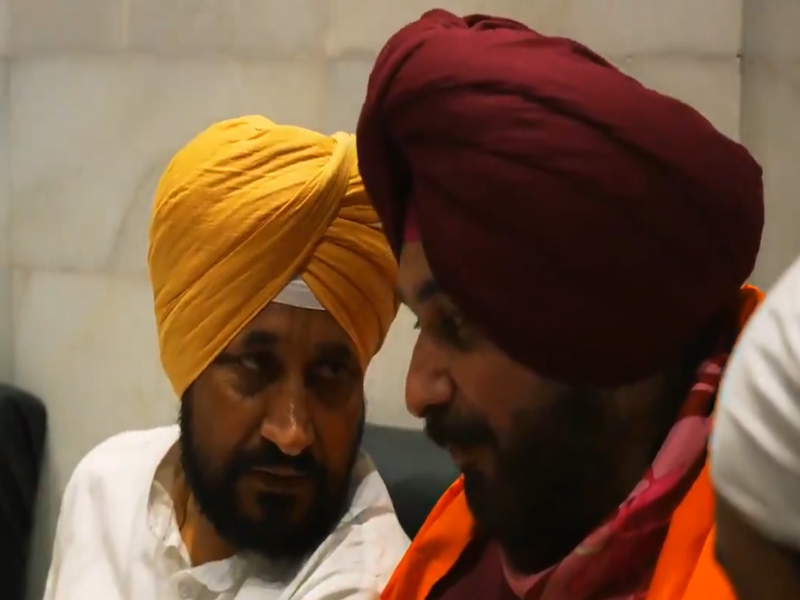 Deol was appointed to the post on September 27 after the resignation of Atul Nanda, who left office after Captain Amarinder Singh as chief minister of Punjab.

His resignation came after Punjab Congress chief Navjot  Sidhu along with several other party leaders in the state had opposed APS Deol's appointment.

Chief Minister Channi also said a list of replacements for the post of Punjab Director-General of Police - currently held by Iqbal Singh Sahota - had been forwarded to the Centre.

Sidhu wanted both Sahota and Deol to be sacked over the 2015 sacrilege and police firing case. Both had been appointed by Channi after becoming chief minister.

APS Deol was the counsel of the two accused cops and Iqbal Sahota headed one of the SITs formed by the then Akali Dal government, which Sidhu blamed for failing to ensure justice.

According to an NDTV report, Channi had initially rejected Deol's resignation.

Since Sidhu had said that he would take back his resignation only if Deol was sacked, the resignation by the top lawyer of the state was accepted to avert a further crisis in Punjab Congress ahead of the next year's assembly polls.

Today's announcements by the CM reassert Sidhu's ability to get his way when it comes to party decisions in Punjab.

Last week Deol had criticised Sidhu for "repeated utterances (that) seek to derail the earnest efforts of the state to ensure justice in the 'drugs matter' and the 'sacrilege cases'".