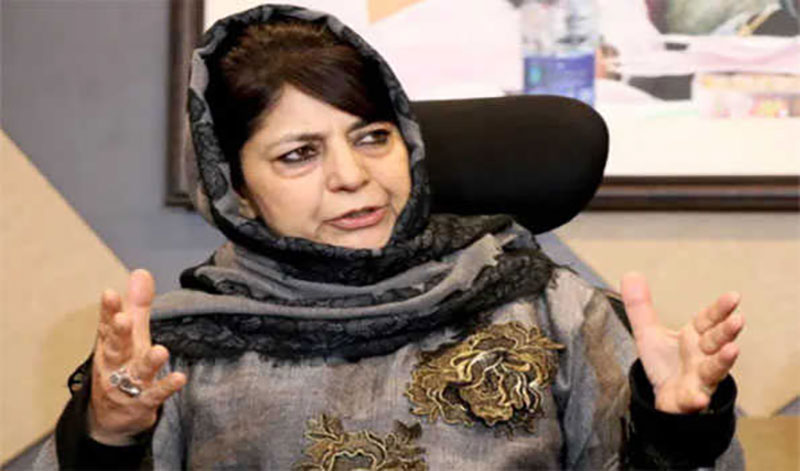 Not a week goes by when innocent blood is not spilled in valley, says Mehbooba Mufti on Kashmir's situation

Srinagar/UNI: Former Jammu and Kashmir Chief Minister and Peoples Democratic Party president Mehbooba Mufti on Tuesday hit out at the government saying the situation in the valley "has deteriorated to an extent where not a week goes by when an innocent doesn't lose life".

Mufti's tweet came a day after the killing of a civilian in Srinagar old city area. Mohammad Ibrahim Khan, a resident of Astengoo Bandipora was shot dead by militants at Borikadal area on Monday evening.

"Security situation in J&K has deteriorated to an extent where not a week goes by when an innocent doesn't lose his life.Unfortunate that despite repressive measures taken in name of security, people are being killed & have no sense of dignity or normalcy.Condolences to his family," she said.

There have been a series of targeted killings in Kashmir since October.